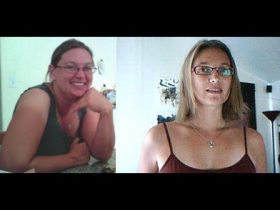 Keeping My Promise To Myself

Going out to eat has become a major part of our culture. Frequently eating out and consuming high-calorie foods in large portions at restaurants can contribute to excess calorie intake and weight gain. However, a study in the January/February 2012 issue of the Journal of Nutrition Education and Behavior demonstrates that individuals can eat out and still lose weight.

Investigators from The University of Texas at Austin enrolled 35 healthy, perimenopausal women aged 40 to 59 years who eat out frequently. Participants took part in a 6-week program called Mindful Restaurant Eating, a weight-gain prevention intervention that helps develop the skills needed to reduce caloric and fat intake when eating out. The focus of the program was on preventing weight gain in this population, not weight loss. It is important to prevent weight gain in this population as increasing abdominal waist circumference from weight gain is greater during the perimenopausal years, which in turn increases the risk for cardiovascular disease and diabetes. Even though the focus was on weight maintenance, the researchers found that participants in the intervention group lost significantly more weight, had lower average daily caloric and fat intake, had increased diet related self-efficacy, and had fewer barriers to weight management when eating out.

Dr. Gayle M. Timmerman, PhD, RN, the principal investigator of this study states, “Although the intention of the intervention was weight maintenance and the majority of participants were not dieting with the intent to lose weight at the start of the study (69%), on average the intervention group lost 1.7 kg during 6 weeks. The number of times that participants ate out, as captured in the 3-day 24-hour recalls, did not significantly decrease from time 1 to time 2, indicating that participants were able to successfully manage their weight while continuing their usual, frequent eating-out patterns. Overall, the participants in the intervention group reduced their daily caloric intake by about 297 calories after completing the intervention, which would explain their weight loss. Only part of the calorie reduction (about 124 calories) can be accounted for during eating out, indicating that fewer calories were also consumed at home.”

“Based on what we learned from this study, for those individuals who eat out frequently, developing the skills needed to eat out without gaining weight from the excess calories typically consumed at restaurants may be essential to long-term health,” Dr. Timmerman concludes.

This study addresses the importance of developing creative solutions in preventing weight gain; developing restaurant eating skills to manage intake in the high risk restaurant food environment may be one of those solutions.