Home » How I Lost Weight: I Lost 74 Pounds After Being Homeless 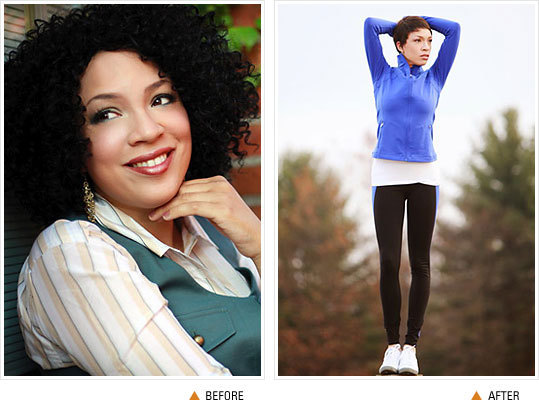 I started modeling at the age of 21. At the time, I had just moved out of homeless shelter that had been my home for two years in Seattle. My childhood past was full of abuse and I was a former ward of the state. Life had truly taken a turn for me.

My son in tow, I moved to New York City and modeled successfully for several years. At the age of 25, however, I began to gain weight uncontrollably. I was diagnosed with Polycystic ovary syndrome (PCOS) and lost my modeling contract. I felt like a failure. Depression sank in and I gave up on modeling but stuck with doing make-up artistry.

At the age of 29, I felt unhealthy, out of shape and unattractive. I would avoid events for fear of being photographed. A friend just so happened to tag a photo of me on a social networking site and I had an out-of-body experience.

My change started immediately. I decided first to lose, ‘weight’ in my spirit. I released negative thoughts surrounding my past. Forgave. Met my biological parents, reconciled with my trauma…

Next, I completely cut off Sugar, dairy, and all processed foods. Within 2 weeks, I had lost twelve pounds.

Within a year I lost a total of 68 pounds.

Not only did my modeling career pick up again, but I landed my first fitness cover, and I have been soaring professionally, and within.

I follow the Eat Clean way of life without fail. Five small meals a day, high in protein, low in bad carbs. I love running, pilates, and dancing….

My Polycystic Ovarian Syndrom symptoms completely subsided, and I feel like I am living again…. Not just existing.