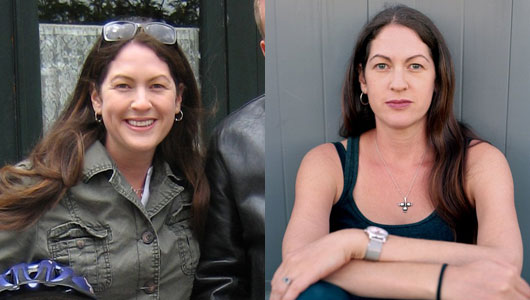 After losing 30 pounds, this New Jersey mom is ready for the shore.

A summer holiday with family in Europe may sound delightful to many.

But to Jenny Tunick, it meant one thing: wearing a bathing suit. And that inspired dread in the 35-year-old mother of two.

“My mother-in-law and sister-in-law basically wear a size two,” she said.

With 30 extra pounds on her frame, Tunick, on the other hand, was not wearing a size two by a long shot.

“I had a really round face, and my husband said my face looked like a big moon,” she said.

Tunick said she had gained the weight in the six years since the birth of her first son; three years ago her second son was born. But more recently, she and her husband, Jean-Pierre, had been living in Switzerland, and Tunick blames the cheese, bread and chocolate of her husband’s native land for her weight gain.

Last May, Tunick, who is 5 foot 5, weighed 157 pounds, and at that point, she realized she needed to take matters in hand. She turned to Weight Watchers and in five months, she lost 30 pounds.

Tunick, who has since returned to the U.S., said the Weight Watchers diet loss plan works because participants can eat anything as long as the portions are of a reasonable size. She said the plan is also helpful for long-term weight maintenance because she and other Weight Watchers participants cook their own food instead of receiving pre-prepared meals that are common in other weight-loss programs.

“This teaches you how to eat,” she said.

And of course it helps that Weight Watchers requires participants to record everything they eat and drink each day.

“When you write everything down, then you’re aware. You’re conscious [of what you’re eating],” said Tunick. “If you want to lose the weight, you will eat less. Otherwise, it defeats the whole purpose.”

Most days, Tunick works from home for a research company. She makes sure she eats several servings each day of fresh fruits and vegetables, grains, dairy and foods that contain lean proteins.

Tunick does not belong to a gym. Instead, she’s a full-time pedestrian. After living in Switzerland, she and her husband returned to Hoboken, N.J., where Tunick does not own a car. Every day she walks her children to and from school, and runs other errands.

“I’m always walking — I have no choice,” she said.

Tunick lost the bulk of the weight during the warm spring and summer months. When fall turned into winter, she found she was always cold. And she thinks she knows why.

Even as snow falls in the Northeast, Tunick is already thinking about the summer. Specifically, she has set her sights on the beach and what she will be wearing there. And that’s a first, she said, because even in high school she carried a few extra pounds and wore a size 14. At about 125 pounds, Tunick is the thinnest she’s ever been.

“I have never worn a bikini in my life and now I’m a size four so I can’t wait for the stores to put out bikinis,” she said. “I can’t wait to try on my very first bikinis. And it won’t have to be the tankinis.”