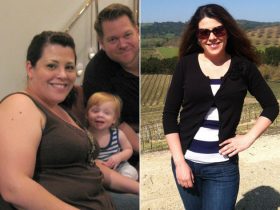 Seattle resident proves that a little knowledge can go a long way when it comes to weight loss.

Instead, this 40-year-old Seattle resident said the weight loss she experienced last year was a natural byproduct of her decision to focus on eating locally and seasonally.

“The weight just drops off because you have a purpose.” she said. “It was a more holistic approach.”

Indeed, the holistic approach appears to be working wonderfully: Hawkins dropped 60 pounds over the course of 2010.

She credits her ongoing food education as a prime motivator: Hawkins recently received a degree in social justice with a focus on food security from Antioch University in Seattle. She’s taken what she’s learned about food, the food industry and government policy and turned that information into action.

She’s eliminated processed, packaged foods and instead bulks up on organic fruits and vegetables that are delivered to her home each week.

And, because she’s only eating what’s in season, she said she experiments with food a lot more.

While she’s certainly sympathetic towards vegetarian ideals, Hawkins said she incorporates fish into her diet due to low levels of vitamin B12.

She will eat grain breads and pasta but shuns many other sources of carbs, most notably sugary soft drinks. Don’t even ask about high fructose corn syrup.

For snacks, Hawkins said she has switched from potato chips to nuts and seeds.

As for exercise, Hawkins easily gets more than the average American on a daily basis: she commutes to work on her bike 12 miles — each way.

That ride takes about an hour going to work and a little more than an hour coming home because she’s riding uphill. And, even though she’s on the bike so much during the week, she still enjoys going for longer rides on the weekends.

“I guess what I found is that I love my bike,” she said with a laugh.

When asked about her advice to others, Hawkins said she hears a lot of people say it’s too expensive to eat “real food.”

Hawkins said she spends about $75 a week for food for herself and two teens.

When you buy seasonal and local, she concedes that it’s expensive to start because you need to stock up on certain staples.

But afterward, Hawkins said, you learn to plan your meals ahead of time and subsequently the food budget goes down.

Apparently, so does your waistline.