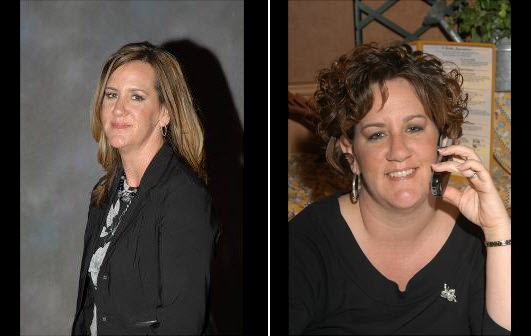 I would like to share my weight loss journey with others. Attached are my before & after shots. I do not have many “before” pics, as I rarely let anyone take a picture of me then.

I had a wake up call in January, 2007 when I went for a routine check up at the doctor. I stepped on the scale and saw my wieght and almost passed out. 195 pounds. How did I let it get so high? I told myself that very day that I will not allow myself to be over 200. I was afraid if I reached 200, it would be downhill from there & I would give up. It would be the point of no return.

RELATED:   Male Before And After Weight Loss: Mark Loses 70 Pounds To Fight Depression

While I was still in “one-derland”, I decided to join Weight Watchers. I had tried several other “diets” in the past, but none of them worked. This time around, I had a new mindset – which was … it took me YEARS to gain this weight, so I may as well take my time losing it. I did not expect instant gratification on the scale.

Weight Watchers taught me to modify my recipes to make them healthier, but not sacrifice the taste. The true test is when I make a slimmed down version of something and feed it to the kids. If they don’t notice the difference in the taste, then I know it worked!

I lost a total of 54 pounds. I met my goal in November, 2007. The true test was surviving the holidays without a gain! It was nice not to have to make the same old New Years resolution .. to lose weight. This year, I could make a new one – to keep the weight off!

Overall, I feel so much better. Clothes shopping is a much better experience.