Weighing yourself daily can tip the scale in your favor 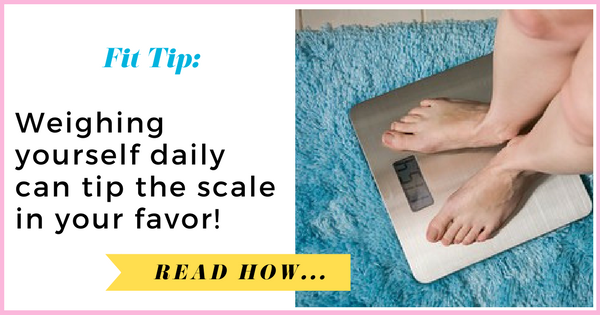 For those wishing to lose weight and keep it off, here’s a simple strategy that works: step on a scale each day and track the results.

A two-year Cornell study, recently published in the Journal of Obesity, found that frequent self-weighing and tracking results on a chart were effective for both losing weight and keeping it off, especially for men.

“You just need a bathroom scale and an excel spreadsheet or even a piece of graph paper,” said David Levitsky, professor of nutrition and psychology at Cornell and the paper’s senior author.

The method “forces you to be aware of the connection between your eating and your weight,” said Levitsky. “It used to be taught that you shouldn’t weigh yourself daily, and this is just the reverse.”

In the study, 162 subjects were randomly separated into an intervention group and a control group. Individuals in the intervention group were first given a target of 1 percent weight loss, which they could lose in any manner they chose.

“Because we didn’t prescribe, everyone found their own way of losing the weight,” whether they reduced portion size, stopped snacking or skipped a meal, Levitsky said. Losing 1 percent of body weight requires most people to cut only about 150 calories a day for two weeks.

Once they maintained that weight loss for 10 days, the program then gave them a new target to lose another 1 percent, and so on. The goal was to lose a total of 10 percent of their starting body weight.

Still, there was a significant difference between men and women, with women losing weight on the program, but far less than the men.

“It seems to work better for men than women, for reasons we cannot figure out yet,” Levitsky said.

Overall, the researchers believe that stepping on a scale and tracking one’s weight acts as a reinforcement for some behaviors, such as eating less, and it strengthens others such as going for a walk in order to maintain body weight.

“We think the scale also acts as a priming mechanism, making you conscious of food and enabling you to make choices that are consistent with your weight,” Levitsky said.