Home » Tim McCarthy and I Have Something In Common… 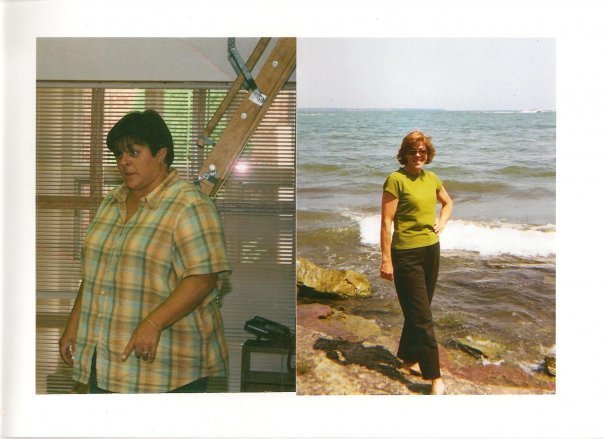 I read with interest the story about Tim McCarthy, the man who, after not being able to fit in a roller coaster seat, decided to lose weight.
I had the exact same thing happen to me! I was furious that these amusement parks would be so insensitive as to keep the test seat right out in the open where everyone can see when someone is too heavy to fit in the seat.

I must say I’m still angry about that roller coaster seat, that they have it front and center, but it was just one more thing to prompt me to lose weight. That, struggling up one flight of stairs with a basket of laundry, and taking a few tries to get off the couch, just to name a few.

I joined Weight Watchers in August of 2001. I cried when I was weighed in the first time. I didn’t own a scale because I never wanted to make weight an issue in my house. It became one anyway.

I, like Tim, was healthy, I only wanted to lose maybe 30 pounds just to feel a little better. But I just kept going.

Weight Watchers was a game of points. I enjoyed seeing how much I could eat within my points range and, if the game is played correctly, you are never hungry.

In September of 2001 my family gave me bicycle for my birthday. I started riding it everywhere around town. It was outfitted with a seat that the bicycle technician said I would find “more comfortable”. I just called it the “fat a** seat”. But he was right. I’m still riding that bike.

The same day I joined Weight Watchers I joined a local aerobics class. At 40 I was probably the youngest by 10 years. But, again like Tim, I found I could work the exercises at my own pace. I think at my heaviest I would make the instructor nervous when my face would turn beet red. But I felt fine and felt invigorated. And kept going.

I went on to lose 147 pounds, exactly half of my body weight. I believe it was 22 months from start to finish. I can’t begin to say how it’s changed my life. People say they are still the same person after losing weight. I disagree completely. I think you have more confidence and are more willing to head for challenges and adventures, without the risk of ridicule.

One of my favorite stories after I lost weight is that I was at a home improvement store looking for an item. When I got home I told my husband some nice gentleman was talking to me and asked if he could help me find something…and he didn’t even work there! That was one of the first encounters of the new me.

I still have my struggles with food but I try to keep it check. I’m fairly certain I will NOT go back to where I was.

“Dance like no one is watching.” NOT ME…now I dance so EVERYONE can watch!