My 115 Pound Weight Loss Before And After With Gastric Sleeve

I’m sure a lot of people who are overweight in adulthood answer this question fairly similarly ; that being “As long as I can remember I have struggled with my weight”. Well it’s true, my earliest childhood memories are of me being told that I needed to lose weight and that I was overweight. I was always bigger than my childhood friends… 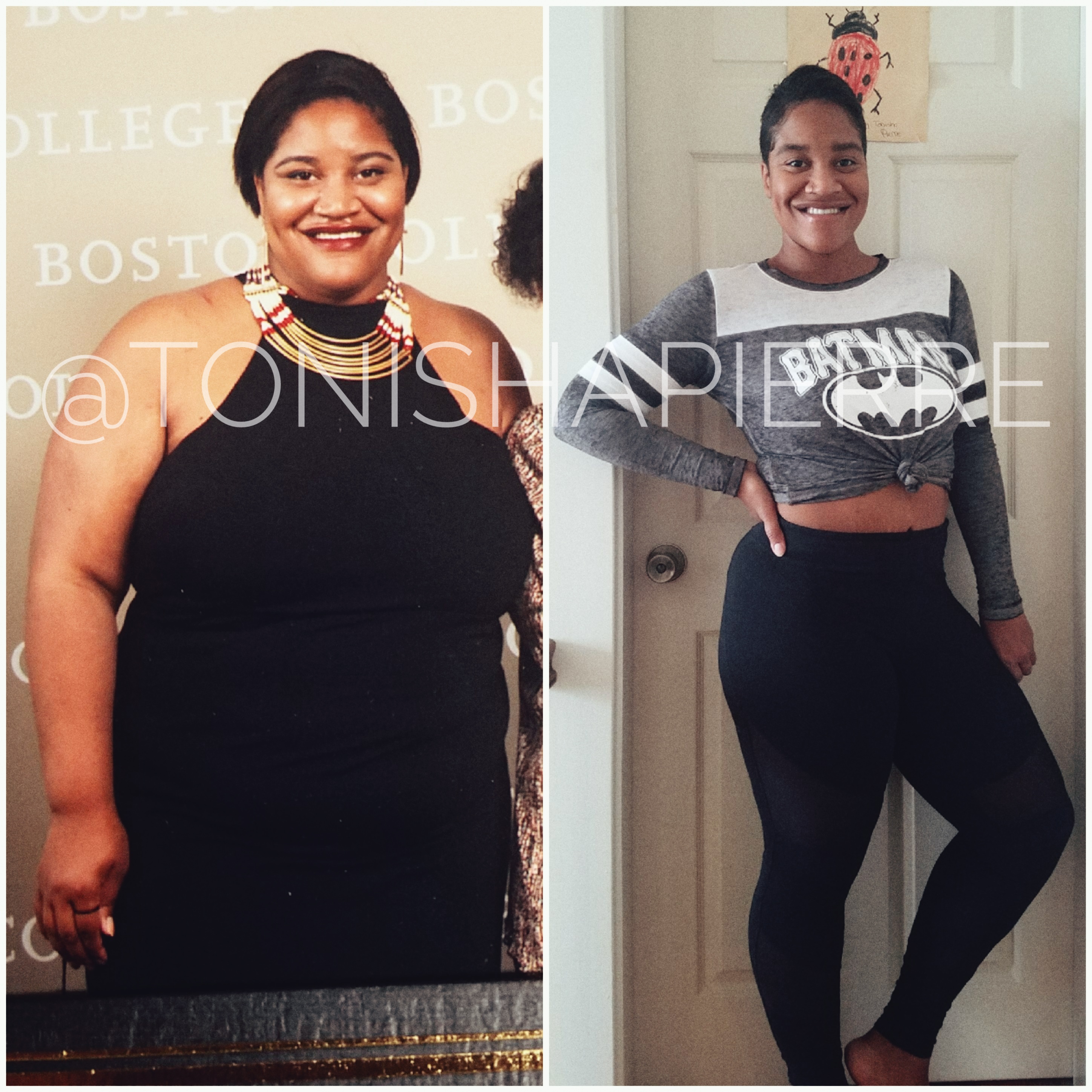 HOW DID YOUR WEIGHT AFFECT ANY ASPECT(S) OF YOUR LIFE?
Due to my excessive weight gain, I started feeling so incredibly insecure in my own skin and constantly question whether people were judging me whenever I walked into a room. I definitely isolated from social events. I recall and high school and college and even after that time when people would invite me to go out I would consistently say no or make up some excuse.

It’s terrible to think about all the events that I missed out on and this was due to my weight and me feeling embarrassed about it. I recall one time when my cousin’s planned a trip to Mexico and because I was so unhappy about my appearance I declined the opportunity to join them on that awesome sounding trip. I would see pictures of women on the beach in their bikinis and I felt like I would look so terrible in comparison so I went into my default mode which was avoid avoid avoid.

WHAT WAS THE “TURNING POINT” THAT GOT YOU STARTED ON YOUR WEIGHT LOSS JOURNEY?
I had a few turning points during the summer of 2015. I was all excited at my family’s reunion until I realized that I was THE largest family member in attendance. My cousin got everyone matching t-shirts and I was so embarrassed that I had to have the one t-shirt that was in a 3XL.

My cousin was nice enough to get a shirt done for me in that size so I wouldn’t be struggling to fit into a smaller size but the realization that I even needed to have the biggest shirt made was terrible. Also at that same reunion when my sister and I were going on a particular amusement park ride, before the ride got started the conductor was going around to see if everyone had their seat belts buckled and you guessed it mine would not buckle. In front of a extremely large crowd I had to get up in shame and get off of the ride.

That was a really humiliating moment for me. Also that same summer I went to see a dermatologist for my skin and of course he gave me unsolicited advice about my weight issue and told me that I “needed to get that taken care of”. I hated how people felt that they could make comments about my health or my way without me asking for it. But more importantly I was so sick of being overweight and unhappy and feeling really unhealthy. I felt like year after year my weight was getting higher and I was getting more depressed.

RELATED:   I Lost 140 Pounds: Jaefuma Is Stronger Than She's Ever Been After Weight Loss

After coming upon an article about gastric sleeve surgery I started doing more extensive research about the procedure and overtime I was convinced that would be a tool that could really help me.

HOW DID YOU GET STARTED?
The first steps I took to begin my journey was enlisting and going to a information lecture about gastric sleeve surgery at Newton-Wellesley Hospital in Massachusetts. The lecture was extremely informative and so inspiring. I felt like finally I found a tool that could actually help me to better my life and finally be healthier.

After the meeting I threw away all carbonated drinks that I had in my house and took some baby steps like no longer having juice and trying to cook more of my meals myself. Those small steps helped me to lose 20 lbs before my surgery.

HOW LONG AFTER YOU STARTED DID YOU BEGIN TO SEE RESULTS OF YOUR WEIGHT LOSS EFFORTS?
With gastric sleeve surgery the results from working out can be pretty drastic and immediate. After I started working out I saw physical results within less than a month.

WHAT WAS THE HARDEST PART?
Now that I am 2 years post-surgery I feel that I have more challenges to face than before. Maintaining weight loss can be as overwhelming as trying to lose the weight in the first place. Since my stomach has expanded and I can eat much more food I am trying to be more vigilant with what I’m consuming.

Before I had the surgery I made the decision that my life was going to change and that I was going to make a commitment to working out and eating right. It’s up to me to keep the momentum going for years to come. One thing that helps me overcome the challenge of maintaining weight loss is thinking about the people that look up to me and that I have been able to inspire ;that keeps me going.

DID YOU EVER WANT TO GIVE UP? WHAT KEPT YOU GOING?
This may sound unrealistic but I haven’t had a feeling of wanting to give up. Maybe I haven’t always been motivated every single waking day but I definitely don’t want to give up. What keeps me motivated is thinking about my future. For years I have been making unhealthy choices and I am so determined to not go back to that.

Now that I know what it’s like to feel healthier I want to keep living like this. I think about the woman that I envision myself being and part of that is how I envision myself looking and feeling inside and out. I always tell myself that I want to be the person that people can look up to and feel inspired by, so that definitely keeps me going.

DID YOU HIT ANY WEIGHT LOSS PLATEAUS? HOW DID YOU OVERCOME THEM?
I was blessed to not hit any plateaus

HOW LONG DID IT TAKE YOU TO LOSE MOST OF THE WEIGHT?
About 6 to 8 months post-surgery

DID YOU HAVE ANY NON-SCALE VICTORIES?
Being able to cross my legs for the first time ever

WHAT DOES YOUR DAILY DIET LOOK LIKE COMPARED TO WHEN YOU WERE HEAVIER?
I can recall making so many trips to my local supermarket to buy White Chocolate Raspberry Truffle Haagen-Dazs ice cream. I was eating that stuff about 2 to 3 times a week. I wasn’t counting calories and I was having sugary drinks all the time. I can say I definitely was an emotional eater.

HOW DOES YOUR PHYSICAL ACTIVITY COMPARE TO WHEN YOU WERE HEAVIER?
Once I got the okay to start working out post-surgery I was determined to make the best out of my first year. The best advice I got from staff at the hospital was to take advantage of my first-year post-surgery because that’s when I couldn’t lose the most weight.

For one year all I focused on was cardio by doing workout DVDs five to six days a week. I did not have a gym membership but I was going to use what I had which was a few Insanity DVDs and Jillian Michaels workout DVDs. I was so excited when I started seeing the work that I was putting in paying offt. Pre-surgery I was doing those same workouts however I wasn’t working out as consistently and not as many days a week.