Home » The Claim: Your Stomach Shrinks When You Eat Less 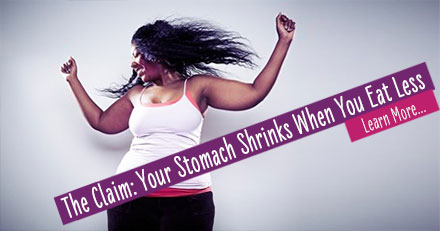 Curbing your food intake might lead over time to a shrunken appetite. But whether dieting actually shrinks your stomach, as many people believe, is not so clear-cut, partly because the stomach’s actual size is difficult to measure with precision before and after a diet.

In one study, for example, scientists recruited a small group of obese men and women and split them into two groups: one that ate freely, and another that was put on a highly restricted diet that included small meals totaling less than 1,000 calories a day. The scientists used latex balloons to measure stomach capacity at the start of the study, and then four weeks later.

Among the dieters, gastric capacity was reduced 27 percent to 36 percent, on average, depending on how it was measured. There was no significant change in the control group.