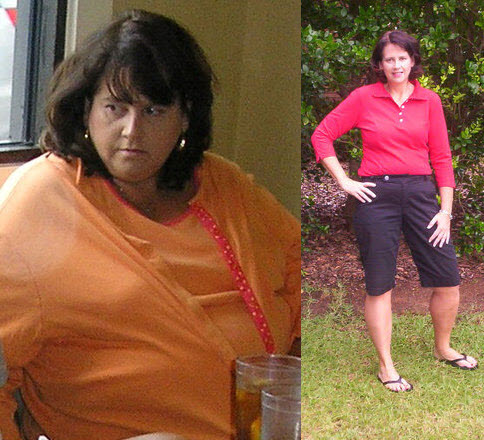 How long she’s kept it off: Five months. She joined Weight Watchers in November 2007 and reached her goal in September 2009.

Personal life: “I live in Toccoa, with my husband, Foy; son, Christopher … three dogs and one kitten,” Todd said. She’s a first-grade teacher.

Turning point: “Thanksgiving 2007 will forever be etched in my mind as the time when my weight finally became unbearable to me,” Todd said. “Every joint in my body hurt, and every step that I took was painful. My biggest vanity sized-24 pants would barely zip. I was exhausted and depressed. I finally decided to step on the scales, and it was then that I saw that I weighed almost 300 pounds. I sat down at my kitchen table and sobbed for a very long time. I figured I could choose one of two paths: I could give up, or I could take action. I decided to take action.”

Diet plan: “I followed the Weight Watchers plan,” she said. Breakfast is a veggie omelet and fruit. Lunch is raw veggies, yogurt, fruit and lean meat. Dinner is grilled vegetables and salad with lean meat.

Biggest challenge: “My biggest challenge was trying not to be overwhelmed at the amount of weight I had to lose,” she said. “During my journey, I just had to work toward losing the next pound. I never looked past that.”

How life has changed: “My life has changed so much since losing weight. I don’t have to worry about whether I will fit in a seat at a restaurant or an airline seat,” she said. “I did have a personal reason that kept me on track. It was the vision of my mother weighing over 300 pounds and dying in a nursing home. While my mom had cancer, her size and other obesity-related problems made it impossible for us to bring her home to die. I never want to put my family through that.”