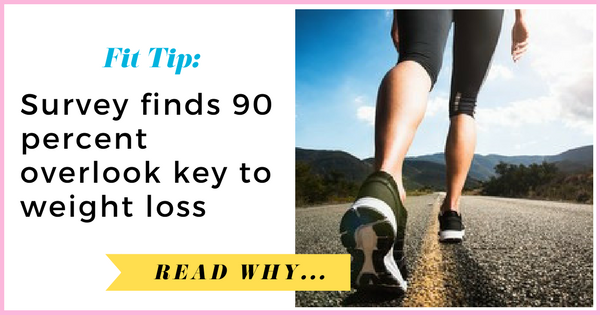 Orlando, Florida – Tens of millions of Americans vow each year to lose weight in the New Year, and while their intentions are good, most of the time their results are not. It’s estimated that only 8 percent of those who make New Year’s resolutions actually keep them.

Even if weight is lost initially, it usually returns. Studies show nearly 2 out of 3 people who lose 5 percent of their total weight will gain it back, and the more weight you lose, the less your chances of keeping it off.

“That’s not surprising,” said Diane Robinson, PhD, a neuropsychologist and Program Director of Integrative Medicine at Orlando Health. “Most people focus almost entirely on the physical aspects of weight loss, like diet and exercise. But there is an emotional component to food that the vast majority of people simply overlook and it can quickly sabotage their efforts.”

A recent national survey of more than a thousand people commissioned by Orlando Health found that 31 percent of Americans think a lack of exercise is the biggest barrier to weight loss, followed by those who say it’s what you eat (26%) and the cost of a healthy lifestyle (17%). Another 12 percent said the biggest barrier to weight loss was the necessary time commitment.

Only 1 in 10, however, thought psychological well-being was a factor. “That may explain why so many of us struggle,” said Robinson. “In order to lose weight and keep it off long term, we need to do more than just think about what we eat, we also need to understand why we’re eating.”

From a very young age we’re emotionally attached to food. As children we’re often given treats, both to console us when we’re upset, and to reward us for good behavior. Most celebrations, like Halloween, Thanksgiving and Valentine’s Day are food-focused, and birthdays are spent sharing cake. Even the mere smell of certain foods, like cookies in grandma’s oven, can create powerful emotional connections that last a lifetime.

“If we’re aware of it or not, we are conditioned to use food not only for nourishment, but for comfort,” said Robinson. “That’s not a bad thing, necessarily, as long as we acknowledge it and deal with it appropriately.”?Whenever the brain experiences pleasure for any reason it reacts the same way.

Whether it’s derived from drugs, a romantic encounter or a satisfying meal, the brain releases a neurotransmitter known as dopamine. “We feel good whenever that process is activated,” said Robinson, “but when we start to put food into that equation and it becomes our reward, it can have negative consequences.”

In fact, researchers have found a link between emotional issues like stress, anxiety and depression, and higher body mass indexes (BMI). Many of us can relate to the idea of overindulging at happy hour after a bad day at the office, for example, or eating a pint of ice cream to help us deal with bad news.

That was common coping mechanism for Shekyra DeCree, of Columbus, Ohio. “As a mental health therapist, my job can be very stressful, and everyday when I got home from work, the first thing I would do is go to the refrigerator,” she said. “That was my way to calm down and relax.”

After recognizing the emotional attachment she had with food, DeCree started making conscious changes. In just over one year, she’s lost more than 100 pounds.

“I’d gone on countless diets and tried to exercise before, but this was different,” she said. “You have to change the way you deal with your emotions, your stress and anxiety. Once I understood the mental aspect, I felt free.”

Robinson offers these tips to help recognize the emotional connection you may have to food:

The goal is to take emotion out of eating and see food as nourishment, not as a reward or coping mechanism. If you struggle, don’t be shy about finding help. “When we’re focused on the physical aspects of weight loss, many of us have no problem joining a gym or hiring a trainer,” said Robinson. “How about joining a support group or hiring a psychologist?” she said. “If getting your body in shape hasn’t work out yet, maybe this time start with your mind.”