Study: Most weight loss supplements are not effective 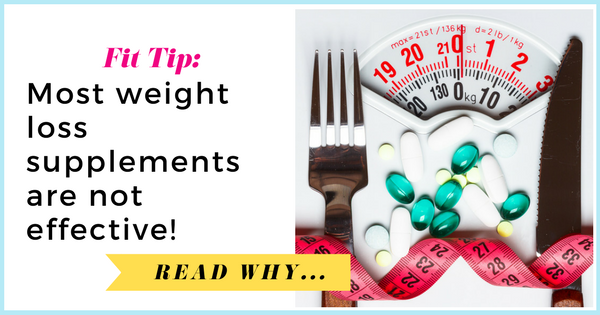 CORVALLIS, Ore. – An Oregon State University researcher has reviewed the body of evidence around weight loss supplements and has bad news for those trying to find a magic pill to lose weight and keep it off – it doesn’t exist.

Melinda Manore reviewed the evidence surrounding hundreds of weight loss supplements, a $2.4 billion industry in the United States, and said no research evidence exists that any single product results in significant weight loss – and many have detrimental health benefits.

The study is online in the International Journal of Sport Nutrition and Exercise Metabolism.

A few products, including green tea, fiber and low-fat dairy supplements, can have a modest weight loss benefit of 3-4 pounds (2 kilos), but it is important to know that most of these supplements were tested as part of a reduced calorie diet.

“For most people, unless you alter your diet and get daily exercise, no supplement is going to have a big impact,” Manore said.

Manore looked at supplements that fell into four categories: products such as chitosan that block absorption of fat or carbohydrates, stimulants such as caffeine or ephedra that increase metabolism, products such as conjugated linoleic acid that claim to change the body composition by decreasing fat, and appetite suppressants such as soluble fibers.

She found that many products had no randomized clinical trials examining their effectiveness, and most of the research studies did not include exercise. Most of the products showed less than a two-pound weight loss benefit compared to the placebo groups.

“I don’t know how you eliminate exercise from the equation,” Manore said. “The data is very strong that exercise is crucial to not only losing weight and preserving muscle mass, but keeping the weight off.”

“What people want is to lose weight and maintain or increase lean tissue mass,” Manore said. “There is no evidence that any one supplement does this. And some have side effects ranging from the unpleasant, such as bloating and gas, to very serious issues such as strokes and heart problems.”

As a dietician and researcher, Manore said the key to weight loss is to eat whole grains, fruits, vegetables and lean meats, reduce calorie intake of high-fat foods, and to keep moving. Depending on the individual, increasing protein may be beneficial (especially for those trying to not lose lean tissue), but the only way to lose weight is to make a lifestyle change.

“Adding fiber, calcium, protein and drinking green tea can help,” Manore said. “But none of these will have much effect unless you exercise and eat fruits and vegetables.”

Manore’s general guidelines for a healthy lifestyle include: