Self-weighing may be a hazardous behavior among young women 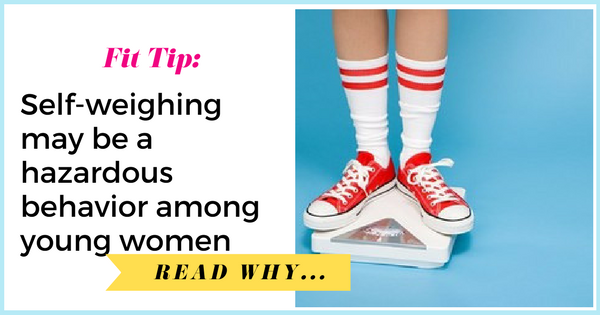 Self-weighing can be a useful tool to help adults control their weight, but for adolescents and young adults this behavior may have negative psychological outcomes. Researchers from the University of Minnesota tracked the self-weighing behaviors of more than 1,900 young adults as part of Project EAT (Eating and Activity in Teens and Young Adults) and found increases in self-weighing to be significantly related to increases in weight concern and depression and decreases in body satisfaction and self-esteem among females.

“Females who strongly agreed they self-weighed reported engaging in extremely dangerous weight-control behaviors at a rate of 80%,” Carly R. Pacanowski, PhD, RD, lead author of the study, said. “Adolescent obesity is a public health concern, but body dissatisfaction and weight concerns are predictors of eating disorders. This makes it critical that obesity-prevention programs avoid exacerbating these predictors by understanding how behaviors such as self-weighing affect teens.”

Project EAT is a longitudinal cohort study that tracked 1,902 young adults (43% male, 57% female) over 10 years. Researchers used participants’ descriptions of the prevalence of their self-weighing from the study to examine associations between self-weighing and changes in weight status, psychological variables, and behavioral outcomes. Self-weighing, ideal weight, weight concern, body satisfaction, self-esteem, and depressive symptoms were ranked by participants using a Likert scale; adolescents also reported their engagement in unhealthy and extreme unhealthy behaviors. Researchers calculated BMI for the participants as well.

“Clinicians should ask adolescent patients about self-weighing at office visits to determine any benefits or negative outcomes,” Pacanowski added. “Noting changes in this behavior over time can be helpful for investigating other, more concerning changes in well-being among young adults.”