The Scary Power of Negative Words 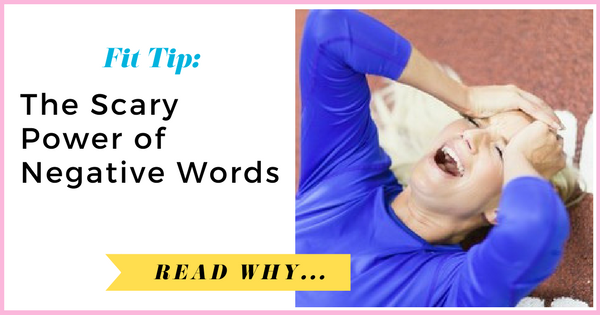 Words have power. Their meaning crystallizes perceptions that shape our beliefs, drive our behavior, and ultimately, create our world. Their power arises from our emotional responses when we read, speak, or hear them. Just say the word “fire” while barbequing, or in the workplace, or in a crowded theater, and you’ll get three completely different but powerful emotional and energetic reactions.

The Illusion of Life

Quantum physics long ago determined that physical matter doesn’t really exist, that everything is just energy in different states of vibration. Nobel Prize winning physicist Werner Heisenberg once stated, “Atoms or elementary particles themselves are not real; they form a world of potentialities or possibilities, rather than one of things or facts.” This energy vibrates at an infinite number of subtle frequencies that cause it to appear as all the different creations we see in our world. There has been a great deal of research in recent years as to whether the universe we live in is actually a holographic experience, and it seems that this is very close to the truth.

And so, it seems life is more of an energy flow than a collection of solid things. What that means for us is that if we stay conscious of the energy we contain, based on the emotions we feel, we can make deliberate choices that alter our frequency and create the realities we desire. If we’re feeling down about something, we can choose to reframe the situation and raise our own spirits. With a renewed perspective and a higher, more positive energetic vibration, we stand a much better chance of bringing good into our lives, rather than bitterly repeating old mistakes.

Words are extremely powerful tools that we can use to uplift our personal energy and improve our lives, though we’re often not conscious of the words we speak, read, and expose ourselves to. Yes, even the words of others can easily affect our personal vibration. Spend a few minutes with a chronic complainer who uses all sorts of negative terms, and you’ll feel your personal energy bottom out. Words have great power, so choose them (and your friends) wisely!

Japanese scientist, Masaru Emoto performed some of the most fascinating experiments on the effect that words have on energy in the 1990’s. When frozen, water that’s free from all impurities will form beautiful ice crystals that look exactly like snowflakes under a microscope. Water that’s polluted, or has additives like fluoride, will freeze without forming crystals. In his experiments, Emoto poured pure water into vials labeled with negative phrases like “I hate you” or “fear.” After 24 hours, the water was frozen, and no longer crystallized under the microscope: It yielded gray, misshapen clumps instead of beautiful lace-like crystals. In contrast, Emoto placed labels that said things like “I Love You,” or “Peace” on vials of polluted water, and after 24 hours, they produced gleaming, perfectly hexagonal crystals. Emoto’s experiments proved that energy generated by positive or negative words can actually change the physical structure of an object. The results of his experiments were detailed in a series of books beginning with The Hidden Messages in Water, where you can see the astounding before and after photos of these incredible water crystals.

The Power of Gratitude

In another experiment, Emoto tested the power of spoken words. He placed two cups of cooked white rice in two separate mason jars and fixed the lids in place, labeling one jar “Thank You” and the other, “You Fool.” The jars were left in an elementary school classroom, and the students were instructed to speak the words on the labels to the corresponding jars twice a day. After 30 days, the rice in the jar that was constantly insulted had shriveled into a black, gelatinous mass. The rice in the jar that was thanked was as white and fluffy as the day it was made. This dramatic example of the power of words is also detailed in Emoto’s books.

How many times a day do we throw our words away? We say things like, “I hate my hair,” “I’m so stupid,” “I’m such a klutz.” We never think that these words bring negative energy into our vibration and affect us on a physical level, but they do. Emoto’s experiments were conducted with water. Why? Because sound vibration travels through water four times faster than it does through open air. Consider the fact that your body is over 70% water and you’ll understand how quickly the vibration from negative words resonates in your cells. Ancient scriptures tell us that life and death are in the power of the tongue. As it turns out, that’s not a metaphor.

Some of us are in the habit of using the same negative words over and over again out of habit. The problem is that the more we hear, read, or speak a word or phrase, the more power it has over us. This is because the brain uses repetition to learn, searching for patterns and consistency as a way to make sense of the world around us. Only after being burned a few times can we understand that fire is always hot. You may not remember the exact end date of the Civil War, but odds are you still know what 8 x 9 is because you had to repeat your multiplication tables over and over again, drilling it into your consciousness. I’m sure you’ve experienced having a song stuck in your head all day long, and try as you might, you just can’t get the melody out of your head. Repetition is the most powerful tool to imprint something into our minds and keep it there.

This is of particular concern when we consider a phenomenon called the Illusion of Truth Effect. It basically proves that any statement we read, see, or speak regularly is seen as more valid than one we’re exposed to only occasionally. Amazingly, it makes no difference whether the information is true or false. The only thing that matters is how often we’re exposed to it. Research from the University of California at Santa Barbara clearly shows that a weak message repeated twice becomes more valid than a strong message heard only once. Even one repetition has the power to change our minds. The same goes for pictures, which are just thoughts and ideas concentrated into an image. Repetition increases our mental validation of anything we’re exposed to, which is why it works so well in political propaganda.

If we’re not fully conscious of what we’re exposing ourselves to, consistency will trump truth every time. Now consider how many times you’ve falsely called yourself stupid, untalented, ugly, or anything else, and you begin to understand how your internal propaganda shapes a false self-image.

To consciously harness the power of words for your benefit, start with the ones you’re using.

2. No Name-Calling or Self-Criticism.

Everyone is doing the best they can at any moment in time with the consciousness they have to work with, including you. Be kind and offer yourself the same empathy and compassion you’d extend to anyone else.

Never make your body, or something you’ve accomplished, or anything else in your life the butt of a joke. Words have power, and quantum energy doesn’t have a sense of humor.

4. Resist Gossiping and Speaking Ill of Others.

It’s impossible for your words to resonate in anyone else’s body but your own.

5. Go on a Negativity Diet.

Instead of saying that a meal was terrible say, “I’ve had better.” You’ve basically said what you wanted to say without putting negative energy through your body—you even used a positive word to do it!

6. Boost the Positive Energy of Words.

Instead of saying something like you had a good time at a concert, ramp up the positive energy by saying great, terrific, or fantastic, instead. These feel much better and generate a bigger energetic response in the body.

7. If you have some negative nancys in your circle of friends,

limit the time you spend with them or find better friends. Negative energy has a way of dragging everything surrounding it in, like a big black hole. Avoid it when you can.

8. Surround yourself with positive, uplifting words.

Put affirmations on sticky notes around your home and office that say wonderful things about you, your family, or your goals. Wear clothes that have positive messages or phrases on them. Imagine the kind of positive energy you’ll be generating for yourself when you’re wearing positivity all day long. As you keep doing these things, you use the power of repetition in a highly effective way for your benefit. You have the power to change your world, and using words consciously is one of the quickest ways to shift the energy you bring into your life.

Related Items
← Previous Story Abdominal fat accumulation prevented by unsaturated fat
Next Story → After weight loss, 90 minutes of exercise a day is needed to keep the pounds off