51 Pounds Lost: Redefining myself as a wife, mom, and person 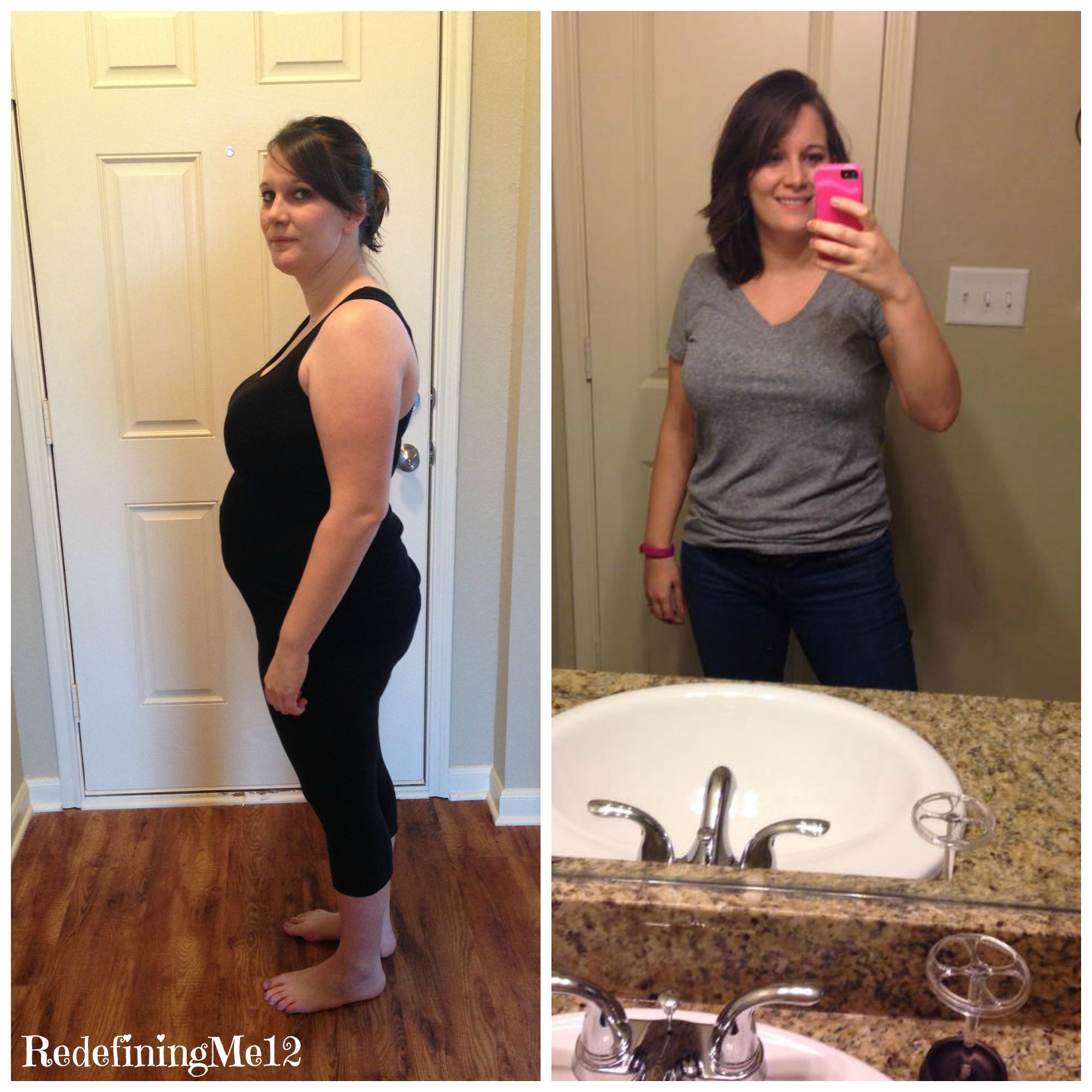 WHEN DID YOU START DEVELOPING A WEIGHT PROBLEM?
I have always thought that I was overweight, or fat, as I called myself. I really did not have a good image of my body in my mind. However, I didn’t really start putting weight on until I started my semester of student teaching in college.

HOW DID YOUR WEIGHT AFFECT ANY ASPECT(S) OF YOUR LIFE?
I have had what you might call a traumatic and broken life, but I’ve been able to push past most of the obstacles put in front of me without much difficulty. What I didn’t realize is that instead of dealing with these issues, I was hiding them, and eating my emotions instead of facing them. When I went to college I weighed about 135 pounds, and by the time I graduated I was about 145. Most of that was gained in my last semester due to the stress of a horrible semester of student teaching and planning my wedding. The number on the scale continued to creep up over the next year, and my confidence quickly plummeted. I didn’t have energy to do anything, I couldn’t sleep, I was depressed and experiencing terrible anxiety. It was taking a toll on my drive to accomplish anything. I wasn’t putting my best foot forward when it came to my job as a teacher or as a wife. It got to the point where all I wanted to do was sit on the couch and watch TV.

I started going tot he gym and managed to lose about 10 pounds, before we decided to start a family. When I stopped taking my birth control and antidepressant/anti-anxiety medication, I gained it back and then some. My last known weight before my pregnancy was 166 pounds. I wasn’t horribly overweight, but in less than 2 years I had gained about 30 pounds. So I started my pregnancy behind the eight ball. During my pregnancy I gained at least 45 pounds, and got all the way up to 210 pounds (at my last appointment). It made my pregnancy so difficult. I was exhausted all the time, I had horrible heartburn, my legs and feet would swell, and I just didn’t want to do anything. I really didn’t even want to do what I needed to do to get ready for the baby, and looking back on that, it really breaks my heart. I was so excited to be pregnant and becoming a mom, but I let my pregnancy pass me by instead of fully enjoying the experience. My doctor was so concerned about my weight that she had me seeing a specialist to monitor the size of the baby. Probably the lowest point for me prior to giving birth was hearing my doctor say that my baby “must be growing at an exponential rate” since I was telling her that I was exercising and eating healthy. To be honest, I did think I was doing everything that I could. It felt like I was doing everything that I could at that point, but I didn’t realize how clueless I was when it came to leading a healthy lifestyle.

WHAT WAS THE “TURNING POINT” THAT GOT YOU STARTED ON YOUR WEIGHT LOSS JOURNEY?
The turning point for me happened after having my daughter. I lost about 30 pounds of the baby weight naturally, and I was so thankful for that, because the idea of losing 45 pounds was daunting. Even though I had lost a lot of the weight, I felt like I still looked 6 months pregnant, but instead of a round belly that was obviously occupied by a baby, I just felt pudgy and huge. I pretty much lived in yoga pants and my husband’s t-shirts that used to be huge on me, but were very snug and uncomfortable. I was so disgusted with my body and what I had let happen to it. I was covered in stretch marks and my stomach looked wrinkly and stretched. I was ashamed of myself, and I didn’t even want my husband to see me. I finally realized that I could do one of two things: 1. continue feeling sorry for myself and hating my body or 2. take control and make the changes to get my body back.

HOW DID YOU GET STARTED?
I reached out to a girl I had been following on Facebook, Jess Dukes (her story was featured on here a few months ago). She was a Beachbody coach and had lost over 50 pounds. We were pregnant at the same time, and I saw how quickly she was bouncing back after having her son. So I took a leap of faith and I contacted her about joining one of the challenge groups she always talked about. The challenge group would be using Insanity Max 30, Shakeology, and clean eating. Let me just say, after day 1 I thought I was going to die! I thought what in the world had I signed up for? I cried through my first workout, and told myself I would never make it through 60 days of that kind of torture. Then my husband reminded me that I told him if we were going to spend the money on it, I was going to see it through, so I did.

HOW LONG AFTER YOU STARTED DID YOU BEGIN TO SEE RESULTS OF YOUR WEIGHT LOSS EFFORTS?
At first, I didn’t see any differences. I still felt uncomfortable in my own skin, I was wearing the same clothes, and still hating myself. Then my coach, Jess, encouraged me to take progress pictures and compare them to the before pictures I had taken. After seeing the difference, I was so thankful that Jess had convinced me to take those before pictures so I could see my progress! I had only lost about 2 pounds in the month, and I was feeling so discouraged, but my hard work was paying off, even if I didn’t realize it.

WHAT WAS THE HARDEST PART?
If you know anything about the Insanity programs, then you know that taking one of them on is no small feat. It was the hardest thing I have ever done, harder than giving birth! I had to take it one day at a time, one minute at a time, even one move at a time some days. It was a mental challenge to push my body to that level. Being someone who never really enjoyed working out, this was a big jump for me, and I was modifying the program! It was tough, mentally and physically.

DID YOU EVER WANT TO GIVE UP? WHAT KEPT YOU GOING?
I wanted to give up so many times, but thankfully my husband and my coach were so encouraging and supportive. My husband even did the workouts and followed the meal plan with me. He didn’t really think he needed to lose weight, but he ended up losing 25 pounds and got in the best shape of his life, so it was a win-win for him. I know that if he had not stepped up and volunteered to join me on my journey, I wouldn’t have been successful.

DID YOU HIT ANY WEIGHT LOSS PLATEAUS? HOW DID YOU OVERCOME THEM?
Over the 60 day challenge I only lost 5 pounds! I was so unbelievably disappointed. The day before the challenge ended and I was going to have to take my after pictures, I remember getting so mad at my body because I had worked so hard and didn’t feel like I had anything to show for it. I didn’t feel like I looked any different and I had barely lost any weight. I was furious. Then I took those pictures, and I am not kidding when I say that my jaw dropped. Even my husband was taken aback by how different I looked.

RELATED:   Weight Loss Before and After: Sandy Finds A New And Improved Self By Losing 70 Pounds

That day really helped me put things in perspective when it comes to the scale. My weight is an arbitrary number that really tells me nothing about my overall health and well-being. So now when I get stuck at a number, I take my measurements or pictures, and I celebrate my non-scale victories. It’s not all about that number anymore.

HOW LONG DID IT TAKE YOU TO LOSE MOST OF THE WEIGHT?
My weight loss has definitely been slow and steady. I started my journey on January 5th weighing in at 180 pounds. Today, July 17th, I weight 159. I have never lost a significant amount of weight at a time. My weight loss has all happened gradually, losing only .5-1 pound a week, maybe two if I was really lucky. I am still working on shedding a few more pounds, but I’m seeing that those small changes add up over time.

DID YOU HAVE ANY NON-SCALE VICTORIES?
I have lost over 25 inches in the past 7.5 months. I am wearing clothes that I couldn’t even wear before I got pregnant. I have muscle definition, I never thought that is something I would have. I am strong, not just physically, but mentally. This journey has changed my perception of myself, especially when it comes to my body image. I would say the most important non-scale victory for me is feeling confident in myself. Now I know that I will be a positive example for my daughter of a woman who loves herself and is proud of her body, stretch marks and all.

WHAT DOES YOUR DAILY DIET LOOK LIKE COMPARED TO WHEN YOU WERE HEAVIER?
To be honest, my husband and I really did not realize how awful our diet was. We ate so much junk, very little fresh food, everything was overly processed, and we ate out all the time. Now we eat mostly fresh, clean foods. There is very little processed food in our diets, and we only eat out on occasion. We primarily follow the 21 Day Fix meal plan, with a few tweaks here and there.

HOW DOES YOUR PHYSICAL ACTIVITY COMPARE TO WHEN YOU WERE HEAVIER?
Like I said before, all I ever wanted to do was lay on the couch and watch TV. Working out was not a priority to me. Now I workout about 4-5 times a week either with a home workout program or I run. 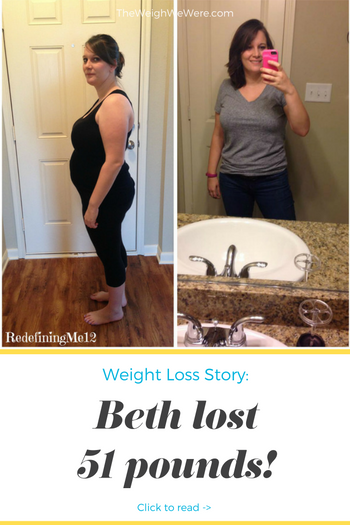