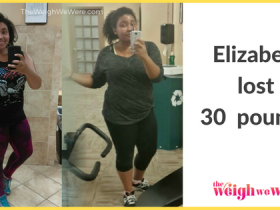 Before And After: Elizabeth Dropped 30 Pounds And Stopped Stress Eating

We’re all aware of the physical advantages of exercising and the emotional advantages have also been well-documented. But how much do we know about the psychological impact of engaging in physical activity? This study from Cognition and Emotion demonstrates the positive impact of acute aerobic exercise on individuals experiencing emotion regulation difficulties.

Emily E. Bernstein & Richard J. McNally tested how a short period of moderate exercise changed the emotional effects of subsequent exposure to an upsetting film clip. They hypothesised that although the stressor would evoke negative feelings in all participants, some would recover quicker than others, despite partaking in any form of exercise. They also suggested that if an individual who struggled to emotionally regulate engaged in physical activity, they should recover faster than their counterpart who had not exercised.

The study was conducted on 80 participants (40 men and 40 women) and each was assigned to either an aerobic exercise or no exercise (stretching). They were asked to complete an online survey to establish their emotional mood and then immediately instructed to either jog for 30 minutes, or stretch for 30 minutes. They were subsequently asked to watch a sad scene from the film The Champ. The participants then completed a range of questionnaires and measures to determine their emotion regulation. Finally, all participants were instructed to watch a brief clip from When Harry Met Sally, which is known to be amusing.

As expected, participants who stated that there was nothing they could do to make themselves feel better reported that they felt greater feelings of sadness during the study. One significant revelation was that participants who had completed 30 minutes of moderate aerobic exercise reported feeling less sadness by the end of the study, in comparison to individuals who had not exercised.

Bernstein and McNally concluded that, “Participants who exercised were better able to overcome or compensate for initial difficulties drawing on regulatory strategies and with goal-directed cognition and behavior” in comparison to non-exercisers.