My entire growing up I was always the taller girl in my classes and the girl with a little more ‘meat on her bones.’ I was not labeled as overweight, just a bigger girl than the rest of my peers. As puberty hit I grew taller and really stretched out, I was thin and wasn’t the heaviest girl in my classes anymore. 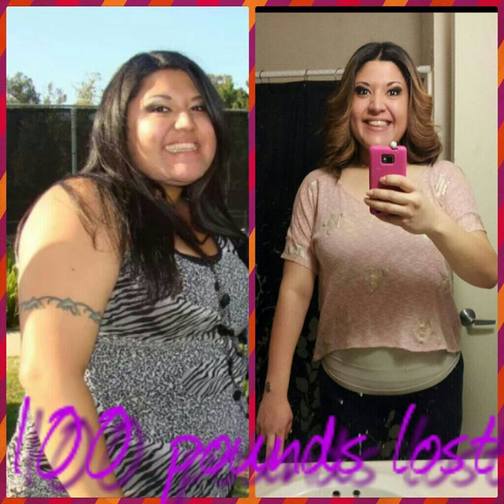 High school proved to be tough as I went through many issues in my life all the while, trying to figure out who I was and who I wanted to be. Weight started to slowly catch up with me however, I wasn’t obese to say the least.
At the age of 18 I became pregnant with my first of three sons. This is where my life and the days of thinking I was fat were way dramatized in my own mind. Gaining a whopping 85 pounds with my first pregnancy really held me down and for the next 11 or so years and two more children, weight had a grasp on me and I was afraid it was never going to let go.
Being a mother of three boys who are just two years apart from one another really added to putting myself and my needs on to the back burner. My last born was diagnosed with autism and needed intense therapy to reach his milestones that your average child meets on his or her own. I was consumed with in-home therapists four days a week, specialty appointments, a child who was lost in his own world, and a family around him that was desperate to pull him out.
Before I knew it was I was just 10 pounds away from 300! This was the biggest I have ever been in my life, by far! I felt saddened every time I would look in the mirror, depressed was an understatement every time I tried on clothes. Nothing about who I was at that moment was the real me. I was hiding behind a artificial smile, I was not being my happy free-spirited self. I can’t really pinpoint my exact “Aha” moment, I just knew I was tired of pretending.
Pretending that I was OK with who I was, pretending that I wasn’t completely unhappy inside. So, I decided to make a change. A drastic change and I knew if I was going to see who I wanted to see that I needed to never look back. And, that is exactly what I did. In April of 2013 I decided to jump into all new habits and although there were many times I felt like giving up and going back down that dark road, I pushed on.
Today February of 2014 I am now 100 pounds lighter! I hit the exact 100 pound loss last week, I am sure it is a little over that now, but 100 is what amazes me. Just amazes me that I poured in all my efforts and this is where it got me. I found that happy girl who loves herself again. I loved myself enough to make a change, even when I didn’t actually love who I was at that moment.
It feels beyond amazing to look in the mirror and like who you see. It feels exhilarating to love to go shopping again, and it feels almost breathless when family members come up to you and tell you how amazing you look and how proud they are of you. I have had many friends and family, from near and far come to me since I began my journey and ask me for help.
Help them to love themselves again, this is something I never would have imagined. However, this is also something I would never turn away. To be able to guide a lost person, looking for their real self just like I was just 10 months ago.

Related Items
← Previous Story Read on to learn how Jennifer Monnich took control of her life and dropped 36 pounds right here!
Next Story → Wendi Before and After