My Weight Made Me Sacrifice My Military Career 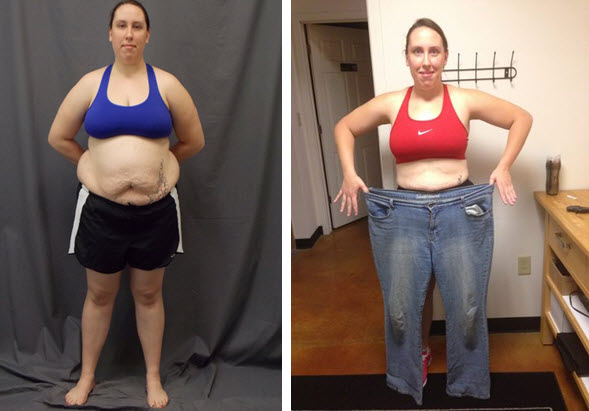 In 2008 my mother was in hospice care for end of life care with stage 4 colon cancer and that was when my weight started to become out of control. I was in the Air Force stationed in Japan, miles from Idaho and was feeling helpless. Food was my only comfort.

After my mother’s passing my husband and I found out we were expecting twins in which I began to hold the mindset of eating for three. I gave up my fitness and ate what I wanted when I wanted, thinking it was okay when you’re pregnant. In February of 2009 my husband and I experienced out first deployment and I again, turned to food to help me cope.

I put on over 100 pounds over the span of my pregnancy and after pregnancy found myself failing my fitness tests. I was put into a fitness group for the squadron and sent to classes on healthy eating but still struggled. I lost thirty five pounds in two years only to get pregnant again and put it all back on. When I found out about my second pregnancy I made the decision to separate from active duty because in my heart I felt defeated.

I felt like I would never be able to pass a fitness test again and that I was wasting the military’s time and money not being in shape. I separated honorably from active duty thirty days before my second son was born, tipping the scale at 260 pounds. I kept up the excuse of ” I just had a baby” as why I couldn’t get back into the gym and let myself live that way until we moved to a new base for my husband’s Air Force career.

When we arrived to Nebraska I decided I’d had enough of my excuses so I started to make little changes. In April 2013 I was told about this program at a local gym called Farrell’s Extreme Bodyshaping and they promised results in ten weeks. At the time my husband was deploying for that time frame and I knew this was my chance to focus on myself and surprise him.

This program is six days a week, three of them are cardio kickboxing and the other three are resistance band strength training. I was hesitant to spend my money on a gym where everyone looked in the best shape of their life. The workouts looked tough but I was determine to try it. I signed up for their ten week session and quickly found out it would take commitment to both the gym and nutrition. At Farrell’s they taught me the right kinds of foods to be eating, when to eat them and how much of them I should be eating. They taught me to feed my body to become healthy.

They broke down the workouts and showed you the correct technique and then taught you how to give each workout every ounce of energy you had. At first I lost ten pounds and hit a plateau and decided to join the meal planning with Max Muscle, a local supplement supply store. This is when I met Jason, my nutritionist. With the help of my coaches at Farrell’s and Jason, I lost over twenty pounds in the ten weeks and won the Farrell’s Transformation Challenge.

I started to love the way I looked and felt and decided to keep going with the program. Throughout my ten weeks I kept my progress a secret from my husband and even tried to stay off the camera for Skype. When he came home from deployment he didn’t even recognize me! I am now seven months in and have lost sixty pounds, gained strength, confidence and a family.

I never thought I would be back in fighting shape! Now I am able to pass fitness standards for the military and have been informed by a recruiter that I am still able to switch from the Inactive Readiness Reserve into the Guard. It’s not active duty, but it will still be the job I love, serving the country I love. Losing the weight has made me a better mother to my sons.

Before, I would keep a journal to my boys letting them know who I was in case I passed away from cancer or obesity related illness, now I get on the ground and play with them, run after them and show them I am the best mom I can be.

Related Items
← Previous Story Read on to learn how she became determined to beat her condition and put on 40 pounds right here!
Next Story → Male Before And After Weight Loss: Bryan Lost 300 Pounds And Got His Life Back