120 Pounds Lost: My Journey to Lose 120lbs and Maintain It 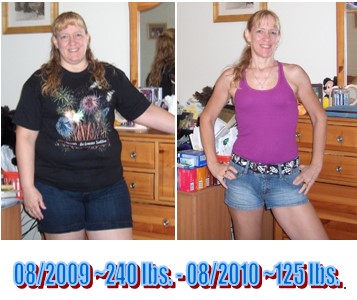 WHEN DID YOU START DEVELOPING A WEIGHT PROBLEM?
Throughout most of my life my weight has fluctuated and as an adult sometimes by up to 50 pounds—I’d lose it and then gain it back. I was a stress eater and had bad eating habits—junk food & snacks along with fast food meals. What exacerbated the problem was the loss of my dad & relocating to live with my mom who cooked pasta for my brother for almost every meal. It was convenient to eat with them, but between that, the fast food and the junk food, it wasn’t long before I gained even more weight.

HOW DID YOUR WEIGHT AFFECT ANY ASPECT(S) OF YOUR LIFE?
It was uncomfortable sitting and being overweight added to my low self-esteem.

WHAT WAS THE “TURNING POINT” THAT GOT YOU STARTED ON YOUR WEIGHT LOSS JOURNEY?
My clothes didn’t fit properly anymore and I didn’t want to buy larger sizes. I was generally unhappy with my appearance and didn’t even recognize the person in the mirror anymore. I stepped on the scale one day and saw that my weight had reached an all-time high of almost 240 pounds. I realized my weight had spiraled out of control worse than ever before and I knew I had to take charge and make some immediate changes to get it under control.

HOW DID YOU GET STARTED?
I had previously lost 50 pounds using LA Weight Loss and had kept the booklets so I got them out, created an electronic version of their paper meal diary using Microsoft Excel and began planning my journey that was going to begin immediately. I chose my ultimate goal weight and the date I hoped to achieve it by, but also made several smaller goals with projected achievement dates so that the ultimate goal didn’t seem so unattainable. I used the spreadsheet and my LA Weight Loss guides to plan my meals out a week or two in advance and then I only bought and ate the foods I had in my meal plan. I gave up fast food, junk food & snacks. I weighed and measured my food and kept track of everything I ate.

HOW LONG AFTER YOU STARTED DID YOU BEGIN TO SEE RESULTS OF YOUR WEIGHT LOSS EFFORTS?
My journey began on July 29, 2009 and by mid-October I was under 200 pounds and by mid-November I had lost 50 pounds so people were beginning to take notice and my clothes were getting looser.

WHAT WAS THE HARDEST PART?
The hardest part for me was avoiding invitations to eat out at restaurants and overlooking the ridicule of others regarding my new eating habits as well as their lack of support.

DID YOU EVER WANT TO GIVE UP? WHAT KEPT YOU GOING?
No, I never once even considered giving up; I was extremely determined to succeed. Being able to see results kept me motivated to keep going as I became more anxious to see the final results. I celebrated every little threshold I’d reach–190s, 180s etc. and each small goal that I’d set and then I focused on the next one and even added another one after I’d reached my original ultimate goal.

DID YOU HIT ANY WEIGHT LOSS PLATEAUS? HOW DID YOU OVERCOME THEM?
I did have some plateau periods, but I researched how to overcome them by using calorie-cycling which is changing the amount of calories consumed each day by increasing it one day and decreasing it the next. I would also revise my meal plans trying different foods. That’s where having the food diaries and my daily weight came in handy because I was able to analyze them and look for loss or gain trends and see what effect various foods were having on my body. If I thought a certain food was hindering my progress I’d replace it with something else to see the effects.

HOW LONG DID IT TAKE YOU TO LOSE MOST OF THE WEIGHT?
I reached the third of my four goals losing most of my weight in 40 weeks and then right around the one year mark–another 16 weeks–I achieved my fourth and final goal of 125 pounds. Shortly thereafter, I lost another 5 pounds for a total of 120 pounds lost or half of my original weight.

DID YOU HAVE ANY NON-SCALE VICTORIES?
My non-scale victories were when people noticed all the weight I’d lost in the spring when the jackets were no longer necessary because they’d hid my progress up to that point and some people were shocked. I’d also have to saying buying all new clothes and shoes which I felt good wearing was the ultimate non-scale victory which made it all worth it! I went from a size 18 jeans to a size 1 or 2 depending on the style and I’ve been able to successfully maintain my weight between 125-133 lbs. for almost five years.

WHAT DOES YOUR DAILY DIET LOOK LIKE COMPARED TO WHEN YOU WERE HEAVIER?
I rarely eat pasta or potatoes because I found that I gain weight very easily if I consume too much of those types of starchy foods. I do sometimes eat snack foods, but I try to limit them to small quantities on weekends. I continue to plan my meals ahead and weigh or measure my foods to ensure that I’m eating the proper portion sizes and I don’t get second helpings. I don’t eat out much because restaurant food is high in calories and sodium.

HOW DOES YOUR PHYSICAL ACTIVITY COMPARE TO WHEN YOU WERE HEAVIER?
Three months into my journey I began working out at home, just doing exercises I found on fitness web sites. Early the next year my daughter took me to the gym with her and I began going regularly. I found exercise to be a great stress reliever and I like how good I feel after a good workout. I currently workout almost everyday–I go to the gym 2-3 times a week and I do Focus T25 and now the new Insanity Max 30 at home. Beachbody and Shaun T have developed some great workouts that work for all ages. 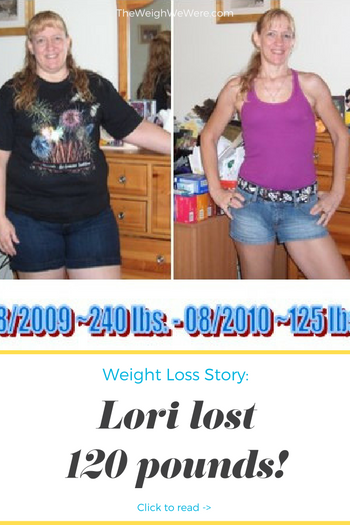 Related Itemsguest
← Previous Story 55 Pounds Lost: Heart. Health. Weightloss. My Journey.
Next Story → Before And After: Shela Takes Back Her Life With 115 Pound Weight Loss