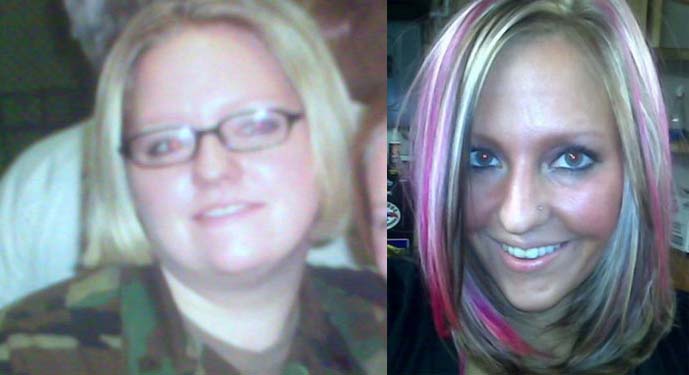 But later gained it back. In 2006, she decided to lose it for good. “I wanted to be happy with myself, so I started eating right and exercising again.”

Now 26 years old, Manson has lost 72 pounds since 2006. She credits a consistent exercise routine and a diet of proteins and vegetables. “When I’m sore from exercising, I always tell myself a little saying that I learned in basic training – pain is weakness leaving the body.”