Home » Too many food choices exacerbate the battle against obesity, researchers find 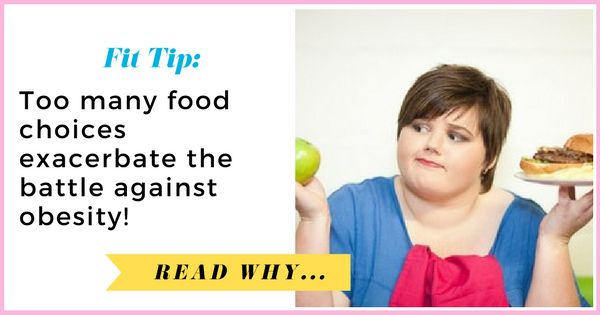 Some scientists say that when mothers eat poorly during pregnancy, they pass along traits to their children that make them more likely to have poor diets and have related health problems.

But a new study in mice by researchers in the Virginia Tech College of Agriculture and Life Sciences and the Edward Via College of Osteopathic Medicine has shown that the environment in which a child lives may be an equal if not stronger force in determining obesity than their mother’s diet.

In other words, nurture, not nature, could be a larger issue when dealing with the obesity epidemic.

“We like variety,” said Deborah Good, an author of the paper and an associate professor of human nutrition, foods, and exercise at Virginia Tech. “But when there is a choice, we eat more than when there is not any variety.”

Though the study was done using mice, it can help inform researchers of how human’s natural environment can affect food choices and ultimately a person’s weight. In a country where one-third of adults and 17 percent of children are obese, understanding the root causes of the problem is imperative.

It is the first study of its kind to look at the issue in terms of mimicking a real world environment in which people have the choice between eating fattening foods or healthy low-fat ones. Previous mice studies investigating the role of a mother’s diet in offspring obesity have limited the offspring’s food choice to only high-fat or low-fat diets, but anyone who has walked past the candy aisle to get to the produce section can tell you that is not an accurate representation of life in America. We are constantly faced with making choices and that’s not necessarily a good thing when it comes to obesity.

“We have found that environmental factors are just as important if not more so than a mother’s diet when it comes obesity,” said George Davis, professor in both the Department of Human Nutrition, Foods, and Exercise and the Department of Agricultural and Applied Economics at Virginia Tech.

Renee Prater, the associate dean for curriculum, assessment and medical education at the Edward Via College of Osteopathic Medicine, was also an author.

In this study, the team had two sets of mothers — those given a high-fat diet, and those given a low-fat diet. The offspring were then given a diet that was high fat, low fat, or one in which they had a choice of foods.

The offspring that had a choice of high- or low-fat foods had an increase in body weight, body fat, and glucose levels. Those on a low fat diet showed no such negative impacts. They did, however, have a higher energy expenditure compared to those on low- or high-fat diets. Essentially, the mice burned more energy as they wandered around and evaluated which food they were going to eat.

But having a choice of either a high-fat or low-fat diet can lead to overeating, the experiment found. It is not unlike if someone had the choice of healthy and fatty foods in a grocery store — they may pick both, which leads to a higher daily fat intake.

Though the study was done on mice, the researchers believe the results are telling and could apply to humans. The authors hint that if low-fat foods are more readily available, or priced competitively with high-fat and unhealthy foods, even babies born to overweight mothers could counter their prenatal environment and avoid being overweight themselves.

Prater said that this study is central to the philosophies of osteopathic medicine, which promote wellness and preventive care in medicine.

“This helps to show that if you make good choices, you can overcome some of your natural tendencies and be healthier in the long-run,” she said.