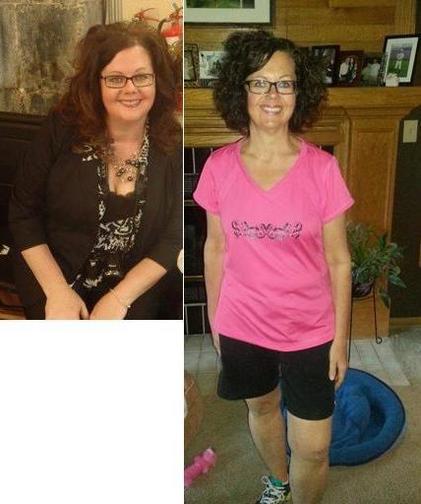 It first occurred to me that I needed to get my weight under control when I was on the trip of a lifetime with my kids … and was avoiding having my picture taken with them because I was ashamed of the way I looked.

We were in England, then Wales, then Ireland. It was my first time in Europe, and I was camera-crazy, snapping photos of endless green landscapes and quaint stone cottages and London bobbies. But the moment anyone would turn a lens on me, I’d retreat.

We had buried my dad a short time before the trip, and my son said to me, half-jokingly, “Mom, when you die, we won’t be able to find any pictures of you for the funeral home.”

Morbid, maybe … but he was right.

After the trip, it took me another year to get to the point at which I was mentally ready to drop the weight. It was a Friday morning, and there was nothing particularly noteworthy about the date. I sat up in bed and told my husband, “We’re going to eat a path through Des Moines this weekend, because starting Monday, this weight is coming off.”

I had tried Weight Watchers before and knew it worked for me, but I hadn’t been diligent after I’d lost the weight, and it had crept back on. With every intention to do things differently this time, I headed to Weight Watchers again – and made it to my meeting even after my car died a half-mile from the location. I was ready!

Seven months later, I had lost 65 pounds, and as of today – six months from my goal date – it’s stayed off. It’s not easy; I find I have to remain pretty disciplined from day to day, and when I do slip up, I have to put myself right back on the horse. But the end result has been so, so worth it. At 51, I weigh exactly what I weighed at 24.

And, most amazingly to me, at the age of 50, I became something I’d always wanted to be: a runner. I run 3-6 miles a day, six days a week; I’ve run seven 5K road races since last year, and in one, I won my age group. I’m off cholesterol medicine and blood-pressure medicine; my once-debilitating arthritis has all but vanished. A year and a half ago, I was hobbling up and down the stairs in our house, leaning on both railings; today, I run up and down them, not holding on at all.

If anyone had told me I could lose weight easily at 50 – and that I’d awaken my inner athlete while doing it – I would have called that person insane. There’s really no magic bullet; it’s all about eating healthily, exercising, and persevering. I wish I had believed in myself enough to get it done sooner … but I’m here now, and I’m loving life. Oh, and posing for pictures? Not a problem; I’ve even taken a selfie or two..