Weight Loss Success Stories: Kelly Osbourne Drops The Weight And Keeps It Off 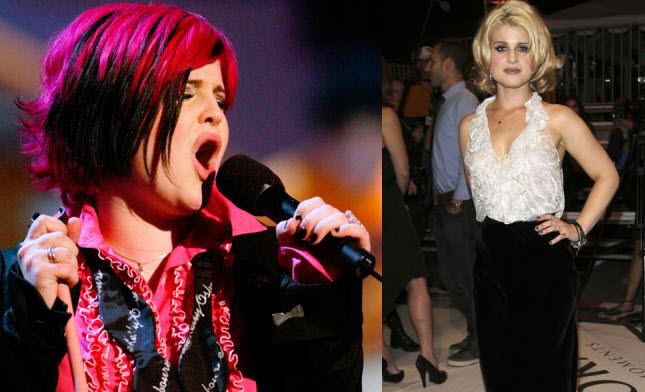 Kelly Osbourne: June 2002
Kelly Osbourne was only 17 years old when MTV started documenting her family life on The Osbournes. The young Brit released her debut album, Shut Up!, with Epic Records that same year. With her unique style and attitude, Kelly Osbourne appeared confident to her fans, but looks can be deceiving.

Kelly Osbourne: May 2004
Kelly Osbourne entered rehab in the spring of 2004 for her addiction to painkillers. In her SHAPE cover story, she says she believes her addiction was driven by self-esteem issues caused by the media’s constant scrutiny over her weight. She’s not the only celeb whose weight has fluctuated

Kelly Osbourne: June 2005
Kelly Osbourne returned to rehab one year after her first treatment. According to her mother, Sharon, Kelly’s weight, not drug addiction, triggered her breakdown. What does a typical day in Kelly Osbourne’s diet look like now

RELATED:   How I Lost Weight: Lee Lost 48 Pounds And Found Her Courage

Kelly Osbourne: June 2007
Kelly Osbourne was still in the public eye after The Osbournes ended, and she continued to battle with her weight. The singer-actress hated her body but has said she had little motivation to lose weight.

Kelly Osbourne: November 2008
Yo-yo dieting caused extreme fluctuations in Kelly Osbourne’s weight. Her unhealthy weight loss methods included everything from starvation to purging to diet pills, and every dramatic slimdown was followed by weight gain. To truly change your body and your weight, you have to have the right mindset.

Kelly Osbourne: October 2009
Kelly Osbourne credits Dancing With the Stars pro Louis van Amstel with changing her eating habits. She lost 20 pounds while on the show, but when DWTS ended, Kelly broke from her diet and workout routine and started to gain weight again.

Kelly Osbourne: March 2010
Kelly Osbourne got back on track in the spring of 2010, hitting the trails for long hikes with her mother, Sharon, and preparing to return to the gym. Kelly’s workout routine has come a long way.

Kelly Osbourne: September 2010
Despite a painful breakup from her fiancé, Kelly Osbourne stuck to her workout routine. The results were stunning. She looked amazing and confident in risqué costumes while performing with the Pussycat Dolls this fall.

Kelly Osbourne: November 2010
Kelly Osbourne complemented her new bikini body with a more elegant style. She told us that her new shape has given her the confidence to dress up.

Related ItemsSEO
← Previous Story Weight Loss Success Stories: I Lost 132 Pounds So I Could Enjoy My Son’s Childhood
Next Story → The Weight Rolled Right Off