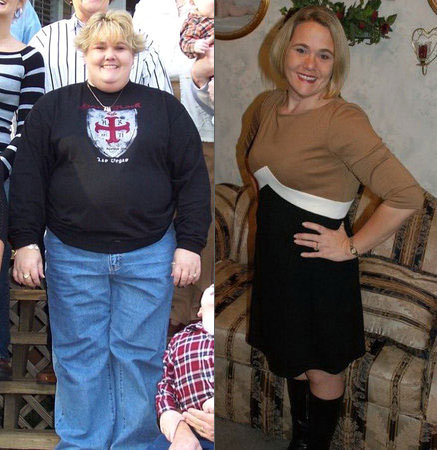 Jil Brawner of Locust Grove weighed 265 pounds when she began her weight loss journey in July 2006.

Her desire to lose weight was spurred when she could not ride the Pink Pig with her son. She says she didn’t want her children to be ashamed of their mother.

Brawner weighed 158 pounds when she was profiled in February 2009. Her goal is to reach 150 pounds. So far she has lost 107 pounds. Brawner joined Weight Watchers and follows their food point system. She drinks a lot of water and eats a lot of salads, but still treats herself to her favorite Mexican food each week. She works out several days a week, including Billy Blanks Tae Bo and walking. She says she has a lot more energy now and hasn’t used her asthma medication in a long time.