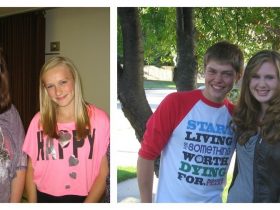 Weight Loss Before and After: Alyssa Lost 90 Pounds At Age 14

“I was diagnosed with type 2 diabetes in the spring of 2002,” Davis says. “I had a physician who gave me two choices for dealing with the diabetes: Either take oral medication to regulate my insulin and glucose, or make permanent changes to my lifestyle to manage it without drugs. I chose the latter.” He’s with his niece, Molly, in the photo.

“One of the biggest challenges was learning to eat correctly after more than two decades as a couch potato,” he says. “Another challenge was forcing myself to exercise regularly. Generally, people who try to lose weight and keep it off will fail unless they incorporate regular exercise into their life on a permanent basis.” Davis weighs 205 pounds.