Weight Loss Before and After: I Lost An Amazing 260 Pounds To Save My Life 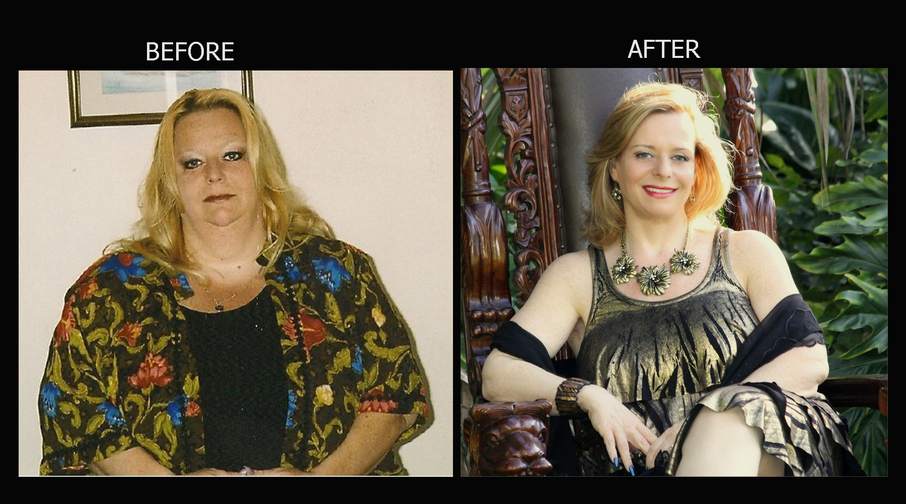 I was overweight my entire life, since childhood. I was certain it was my destiny, because I tried every diet out there. I used to describe my life as living in a black tunnel with no light in sight. As a teen, I tried to commit suicide and landed in the hospital for what felt like an eternity. When my parents divorced, my father disappeared and a year or so later my mother decided her relationship with my step-father was more important, so I was sent to live in Foster Care, in a group home. I aged out of foster care and went to a college that I knew nothing about, but only because I was given the opportunity to go and if I didn’t I would have been homeless. When you turn 18, it’s basically “bye-bye, you’re out of here.” I was raped in college, got pregnant, decided against abortion and gave the baby up for adoption. I returned to NJ and to the abusive situation with my step-father, I had no self confidence, self-esteem, self-worth. All my life I had been taught that because of my weight, I was worthless and as a result, I entered into bad situations, bad relationships and made bad choices, all in the search of feeling like I was worth something. I married in 1986 and divorced in 1997, after doing a lot of self-reflection and realizing that I wanted more out of life. I was doing pretty well, getting my life together, and losing weight when I entered into another relationship. The man, who turned out to be a rage-aholic, would also be my aha moment when I knew I had to change my life. He was physically, emotionally, verbally abusive and tried to be mentally abusive, but I did not allow him in my head to believe his lies that it was all my fault. I did stay in the relationship longer than I should have, because I was trying to “fix” him and also because I felt stuck, but there came a time when I knew if I did not leave, he would either very seriously hurt me, or he would kill me. He threatened to kill my cat. My birthday in 2004 was that aha day when it was the absolute worst day, the darkest day in my life. It was the day I promised myself I would not be with him for the next birthday. With the help of my dearest friend, I escaped and moved to Florida. I did return to NJ in October, due to the illness of the same friend who needed my help and I stayed with her until December. In January 2005, I decided this is it, this is time for Robbyn and I was determined to make my wish of losing weight and being healthy a reality. On January 5, 2005, I walked into LA Weight Loss and I never looked back. I was 354 lbs, but it wasn’t my highest…I recall being 389 when I started a Medi-Fast program back in the mid 1980’s. Today, I am 260 lbs down from that all time highest, I am fit, I am healthy, I am married to the most incredible, wonderful man and I am happier than I ever imagined I could be. Yes, life still has it’s ups and downs, but I’ve realized that it is all how you look at those things and how you react to them and I’ve learned that it wasn’t my destiny to live in that morbidly obese body and that dark tunnel. Today my life is filled with bright light, laughter, good friends and happiness. It took me 43 years to realize that I was worth more, but I’m here now and will never go back there again. Today, I am a Certified Coach, I work with women’s organizations, kids who have aged out of foster care, the Domestic Violence Advisory Council, the YWCA and more and I speak about my experiences and work to inspire others to find their inner strength as I did. It is my passion to empower those who don’t feel the power that they hold within themselves because someone else told them they had none, or that they were not worth it. I feel that while I may have had a lot of bad things happen to me, I have an opportunity to take my experiences and make a positive impact in my little corner of the world! #aha-moment #robbynackner

RELATED:   Male Before And After Weight Loss: Jerry Loses 120 Pounds And Feels Younger Than Ever