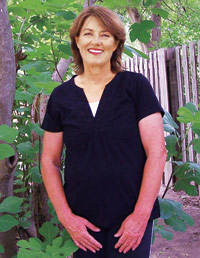 We don’t have anything that will fit you here. Your sizes are somewhere else.” It’s been 20 years and those words—spoken loudly and rudely by a clerk in a high-end department store—still sting. Never mind that I was looking for something for a friend. I hadn’t even asked for help; she just saw me and decided I had no business shopping there. Believe me, I wanted nothing more than to be somewhere, anywhere else at that moment to escape the shame and embarrassment as other shoppers turned to look at me, the woman who was too large for that department.

Comments like that—not to mention muffled snickering and offensive gestures—are pretty typical when you’re 100 pounds overweight. But my thick waistline didn’t equate to thick skin, and I hated knowing that those people assumed I was lazy or undisciplined or apathetic. When I finally committed to losing the weight, my main motivation was better health. But I also wanted others to see the strong, capable person I really was.

RELATED:   Weight Loss Before and After: I lost 166 Pounds And Started My Life Journey

Now I’ve lost those 100 pounds and kept them off for over a year. I eat healthy foods (mostly) and I exercise six days a week. I thought that once I slimmed down I’d escape the harsh judgments of others, but that’s not so. Yes, I’m healthier and more fit than I used to be, but some well-meaning people seem to view me as a formerly overweight person who needs to be monitored. One friend called recently, crowing that he’d “caught” me going to Taco Bell for lunch. “Sorry to spoil your party,” I told him, “but that wasn’t me.” I’ll spare you all the back-and-forth that followed. I finally figured out that he’d seen me turning into my gym, which happens to share a parking lot with Taco Bell.

Although my first instinct was to get upset about his mistake, I really couldn’t. After all, now I, too, have a habit of judging others: I silently criticize the woman at the gym who rests too long between sets, and I scrutinize the grocery carts of fellow shoppers to see if they’re buying a lot of cookies, chips or soda. Without knowing anything about these people, I apply my newfound standards to their actions and find them lacking. I don’t know why I do it, though it does seem like playing judge has become a national pastime (just look at the popularity of reality TV featuring panels of judges deciding who goes or stays). Regardless, I’m trying to stop.

RELATED:   Her Children Motivated Her to Lose 104 Pounds by Walking!

Whenever I catch myself jumping to conclusions based on what I think rather than what I know, I’m ashamed. I know how hurtful and demoralizing it is when other people do it to me, and the idea that I could be inflicting those feelings on other people feels even worse. They deserve compassion and acceptance, not judgment. Especially when the person doing the judging is far from perfect herself.