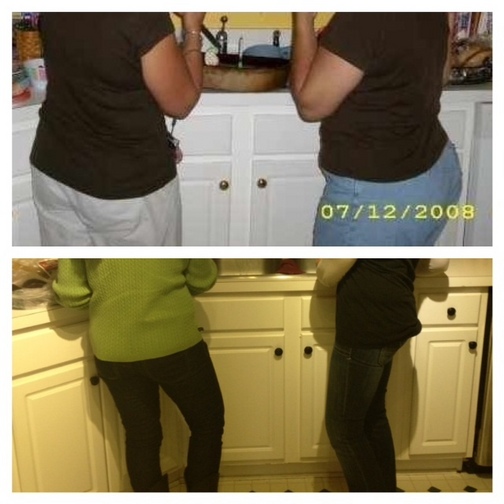 After having a conversation about not wanting to grow old alone with a friend of mine about five years ago, I became determined to eat healthier, lose weight, and become more attractive and happy with myself so that eventually perhaps I might attract the right guy for me.

I am 5′ 1″ and weighed at my highest over 170. Eventually I arrived at my goal weight of 125. And realistically I can maintain 135 with daily exercise and continuing to watch what I eat.

I began by riding my bike daily, at first only a mile or two or three, and eventually 10 miles a day, which is still my daily average. This was no special bike, simply an old 1965 three-speed Schwinn Co-Ed that did the trick. Some friends found it for me at a yard sale for $20! I also began counting calories with an app on my phone. Keeping track of everything I ate and all exercise I did made me ever mindful of my daily and overall goals, which was what I needed to be successful.

By the end of 2012 I had finally reached my goal of losing 50 lbs. And in early January 2013 I happened to meet the man of my dreams on the bike path next door to where I live, as I was continuing to do what has become habit, riding 10 miles a day.

He was actually running at the park that morning, as I was riding my bike. I’m generally friendly to everyone and smiled at him a few times, but could never get a smile back. I sort of gave up and just continued riding. But then I felt someone riding up beside me. It was the guy who I had tried to smile at earlier! Besides being an avid runner, he loves bike riding almost as much as I do. He was apologizing to me for having been so into his run that he could not respond earlier with a smile in return. We chatted for several more laps and ended up exchanging numbers as I finished my ride for the day. I told him I’d been looking for someone to ride with. We began riding with each other and he asked me out for lunch within a couple weeks of that first meeting. We’ve been hanging tight ever since. We have lots in common in regards to healthy eating and fitness goals. We both love the outdoors and traveling. We enjoy each others company immensly. Neither one of us knows where our friendship is going exactly. But we both know we like where it is right now! Neither one of us is alone!

RELATED:   Read on to learn how Adina turned her life around and dropped over 120 pounds!