Male Before And After Weight Loss: Robert Loses 70 Pounds And Becomes A Marathoner 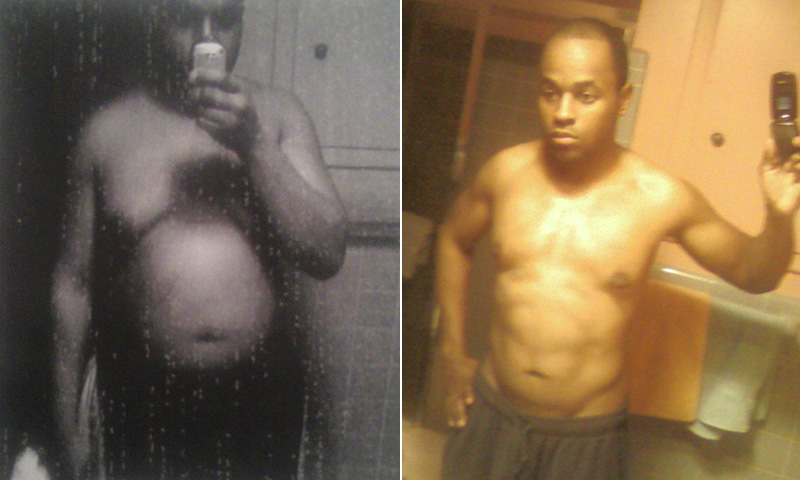 How I Gained It: Through the majority of my life, I carried a little extra weight on me, mainly from eating the wrong things. I ate whatever, whenever. I ate fast foods, fried foods, sweets, ice cream — anything and everything except healthy products and seafood. I ate at all times of the day, even if it was 2 a.m. Most of the time, I ate out of boredom. I did not exercise. I always wanted to lose weight, but I never could build myself mentally to do it and stick to it. I’m sure many people can relate.

Breaking Point: One day, I looked in the mirror and decided I needed to make a change. On Friday, March 7, 2008, I sat with two of my friends, making a decision to myself and explaining to them that this would be my last weekend for eating badly. I told them that starting Monday, March 10, 2008, I was going to begin my weight-loss journey.

How I Lost It: I took the rest of the weekend and ate all my favorite foods, desserts and candy. When Monday morning came, I was ready mentally to begin my journey. I weighed myself and took photos of my front and side view. I carried a notebook with me as my journal to write down everything I ate during the course of the day.

The journal also included my current weight and how many calories I burned during my daily workout routine. When I first started working out, it was a complete challenge, but I felt great overall making a change for myself and each day brought me closer to my goal. I printed out my photo and hung it up downstairs in my basement in front of the treadmill as a reminder to myself why I was working my butt off.

Now I eat salads and all types of fruits and vegetables. Instead of eating pork bacon or pork sausage, I eat turkey bacon and turkey sausage. I also eat boiled eggs, grits, grilled steak, grilled or roasted chicken, fish, boiled or mashed potatoes, rice, beans, peas, cabbage and any type of greens. Even though I do like pop, I cut it from my diet. I drink mostly water, with some juice, energy drinks, Gatorade, Vitamin Water and coffee occasionally.

I stayed focused and, a year later, I had lost 70 pounds. Before, I was edging into a 44 inch waist, and now I was down to a 33/34! What a change in such a short period of time. I lost my first 25 pounds in two months and I lost 60 pounds in seven months.

I became a totally different person. I thought differently, I dressed differently. My mentality was different. It changed the people around me. They respected what I did. Physically, I had more energy and didn’t have that sluggish, slow movement.

After completing my transformation, I overheard buzz about the Detroit Marathon, an event that I never heard of before and that never caught my eye until then. I wondered to myself what it would be like to complete a marathon.

I never thought in my life I would run a marathon. But once I crossed the finish line of the 2009 Detroit Marathon, I felt like I could do anything I put my mind to. It felt wonderful to accomplish a goal like that. It wasn’t easy; it was my first race, and it took me six hours to complete. That’s not record-breaking, but my goal for my first time was to just finish!

Recently, I began a weight-loss social network at Weightathon.com in hopes of connecting and motivating people and to find others with similar weight-loss stories that could inspire others on the site. Now, I’m training to run the 2013 Detroit Marathon — and to complete it faster this time.

Related ItemsOver 70 Pounds LostSEO
← Previous Story Men Before And After Weight Loss: Matthew Sheds 245 Pounds After Facebook Post
Next Story → How I Lost 120 Pounds: Andrew Sheds The Weight For His Daughter