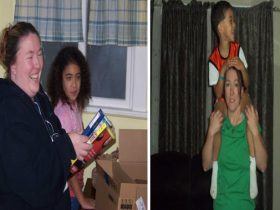 When her weight loss plateaued, Gina Caputo turned to exercise.

The moment I knew I was a success: When someone commented that my daughter Candace, who was 20 at the time, and i look like sisters.

Like most naturally slim young women, I always took my weight for granted. Even after having my first daughter at age 21, I easily snapped back to 110 pounds, despite zero exercise and a diet heavy on Chips Deluxe cookies, vanilla ice cream, and mushroom pizza.

But things changed after I gave birth to my second daughter at age 29. First, I was diagnosed with a genetic heart condition that made me more inclined to be sedentary. Several years later, I got divorced. Miserable, I did little but sit and eat. This time, all those fatty foods gradually clung to my hips and thighs. By the time I was 39, I had not only outgrown all of my clothes, but I completely lacked the energy and motivation to do anything about it. I made a million excuses: no time, too lazy, heart condition (though my doctor said I could, and should, exercise). Every day after work, I’d cook dinner, watch the nightly news, and collapse for the rest of the night.

Then one Saturday, while watching television and eating ice cream, I saw an ad for Jenny Craig. It claimed that anyone could lose 20 pounds for $20 and, it showed a happy woman enjoying healthy food. I thought, I can do that, and picked up the phone. Two days later when I weighed in at Jenny Craig, I freaked: The scale hit 148 pounds–the most my 5-foot-2 frame had ever carried.

I started my weight loss efforts by eating Jenny Craig’s prepackaged meals. The portions looked tiny! I ate slowly and took small bites to make the meals last. Eventually, eating a fist-size portion of pasta rather than a giant bowlful began to feel normal.

I also learned healthy eating tricks, such as using spray butter substitute on English muffins (it tastes real!). When I craved sweets, I munched on Jenny Craig’s peanut butter bars and chocolate cake. At first, the diet worked like magic. I dropped 6 pounds the first week and after only 8 weeks, I was 20 pounds lighter. Then I hit a 2-month plateau where my weight wouldn’t budge. I was getting depressed, thinking I’d never reach my goal weight of 120 pounds. Then I found just the motivation I was looking for.

In January 2002, I heard an ad on the radio for an AIDS ride, in which people would raise money by bicycling 330 miles in 4 days fromNorfolk,VA, toWashington,DC. I always wanted to accomplish something big before I hit 40, and I was already 39. Though I’d never biked more than 8 miles in my life, this struck a chord. What better way to meet my weight loss and 40th birthday goals? I immediately called my friend Christine, who impulsively agreed to join me.

Everyone laughed at our plan and said we’d never do it. I was nervous. But the more they said we couldn’t, the more I wanted to prove them wrong.

With 5 months to train, I joined a local Curves fitness center and worked out there about four times a week. I loved how energetic I felt. In March, I bought a bike. The first time out, Christine and I rode 8 miles along a canal path. The ride felt good, but the next morning, I could barely walk or sit. Still, we couldn’t admit defeat. The next weekend, we rode 20 miles. It was hard, but day by day, we got stronger. I went to Curves during the week and we rode every weekend, lengthening each ride by 10 or 15 miles. When you break big goals into small steps, almost anything–whether riding 300 miles or losing 30 pounds–is possible. When I felt like quitting, I focused on three things: completing the ride, losing those last 8 pounds, and proving everyone wrong.

The Road to Victory

Day 1 of the big ride was 90 degrees F and sunny. That morning we stood among 1,100 psyched-up cyclists at the starting line. People lined the streets to cheer us on. What a rush! I was a nervous wreck, but I calmed myself by mentally breaking the ride into doable 20-mile increments. Despite a spill that cut my first day short and left me with a bruised right arm, I felt great. We pedaled 82 miles the following day, 80 the next, and 67 on the final day.

We were the last riders to reach the Mall in DC, and when we crossed the finish line, I was moved to tears. My family was right there, supporting me and carrying signs that said, “Aunt Gina Rocks” and “World’s Greatest Mom.”

I haven’t done anything that big since, but the change in my attitude and habits has been huge. Oh, and those last 8 pounds? I took them off halfway through my training. 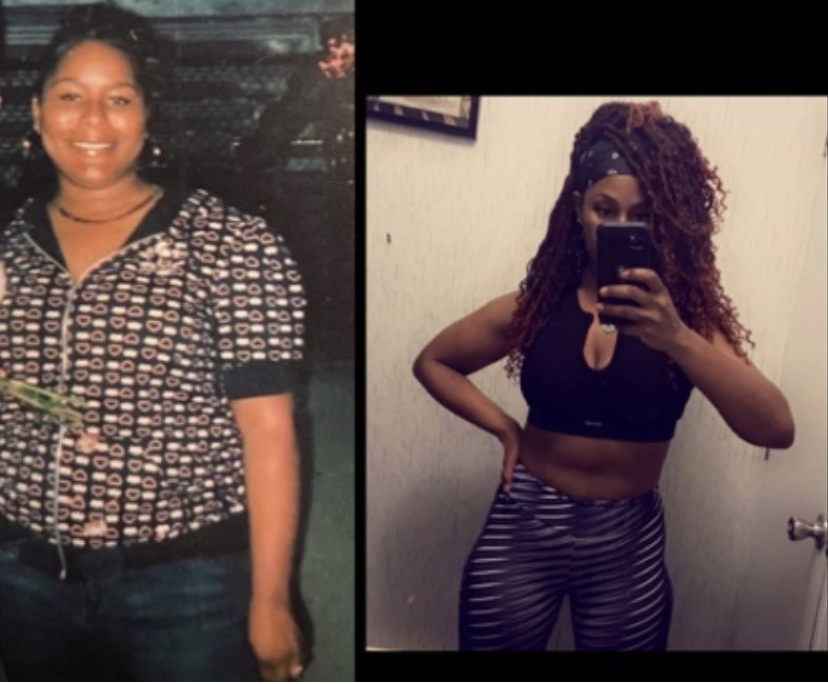 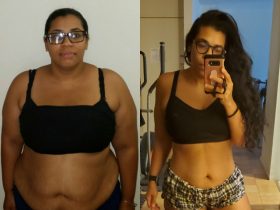 I Lost 60 Pounds Counting Calories and Working Out At Home