How I Lost Weight: I Stopped Yo-Yo Dieting And Lost 45 Pounds

How I Gained It: When I went to college, I did not censor what I ate at all — pizza was a staple in my diet. The result? Not only did I gain the “freshman 15,” it was probably more like the “freshman 40.”

Not too long after college, I met my soon-to-be husband and embarked on a whirlwind wining and dining romance. We got married in 1997 and had our first child in 2000. I gained about 60 pounds with my first baby — plus, he was a C-section baby and I used that as an excuse not to exercise.

In 2004, as my marriage was completely falling apart, I had my second son, also by C-section. Once I moved out of my marital home, my focus was entirely on my sons. The divorce was hard and it took me about three years to finally get back to who I was before I got married.

Breaking Point: In September of 2009, I realized that I was ready to get out and date again, but I knew I had to make some big changes before I could re-enter the dating pool. My son also made the comment to me that struck a chord: He told me that he never wanted me to die. That was it — I knew I had to do something.

How I Lost It: In September, I started kickboxing. I was completely addicted and after about a month, I went from doing the sport two days a week to all five! It is the best workout I could have imagined.

In addition to kickboxing, I also started counting calories and journaling them on Livestrong.com — I kept track of every bite of food that I put into my mouth. I also started setting small goals for myself. My first goal was to lose 30 pounds by December 19 and I hit that goal with a week to go.

My second goal was to lose another 30 pounds by April 20 — the day I was leaving for a work and vacation trip toChicago. I wanted to do some serious shopping inChicagoand that was a big motivator. On April 20, I got on the scale and had not only hit my goal but also had lost an additional three pounds!

While I was inChicagoI ate pretty much whatever I wanted and enjoyed every minute of it. I arrived back inGreenvillerecently and have managed to maintain my 60 pounds weight loss since — I am thrilled. My next goal is to lose another 30 pounds by the end of the summer. I can’t wait. The best part? I realize now that nothing is impossible. 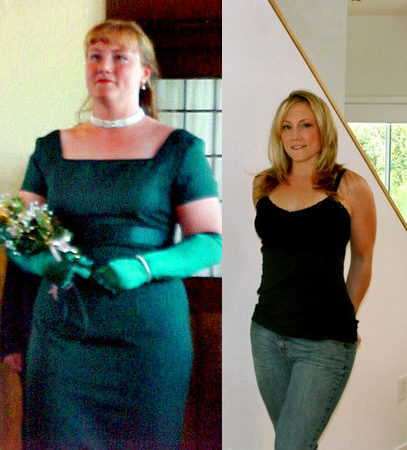