Weight Loss Success Stories: I Lost 110 Pounds To Be A Better Role Model For My Daughter 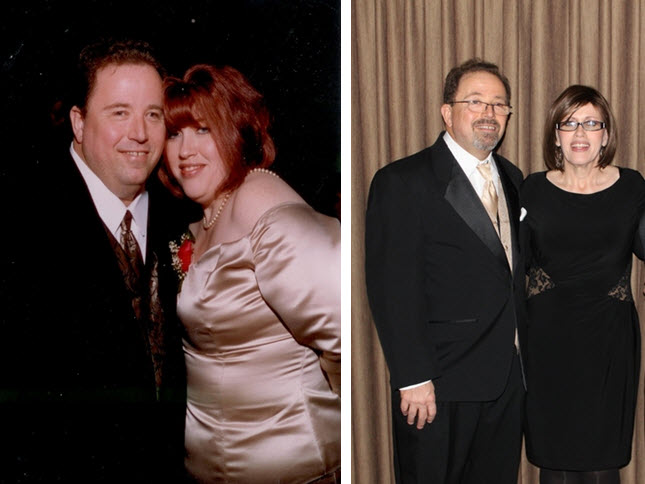 By the time I’d reached my early 30s, I knew my weight problem had spiraled out of control. I’d gained 80 pounds in a relatively short time, due mostly to a change in my work environment.

I was with a company where I was the only female in the office, so I’d go work out during lunch. I was still overweight, but I managed to maintain it to a certain degree. Then I started working for a major retail company, where there were lots of women, a cafeteria – it was a very social environment. I just went with it: breakfast and lunch and breaks. It’s that peer pressure, in a way.
Over the years, I’d tried several weight-loss programs, but none resulted in any long-term success. By 2010, I was worried about my health – my mother had suffered a stroke at the age of 42 –but I also worried about the type of role model I’d been for my daughters, who are now adults.

My oldest daughter has struggled with her weight, and I became very regretful that I had not set a fair example for her. It really spurred me on to lose weight.
That’s when I decided to try Slimming World, which is a popular weight-loss program that was started in the U.K. decades ago and is now available online across the U.S.

RELATED:   Male Before And After Weight Loss: I Lost 130 Pounds By Counting Calories

When they said I could have all the potatoes and rice I wanted, I was like, I’m in!
Slimming World’s eating plan, called Food Optimising, allows for unlimited amounts of “free” foods, including pasta, potatoes, eggs, lean meats, fruits and vegetables. Nothing is banned outright, but indulgences such as alcohol or chocolate are monitored.

The plan made sense to me, because it really encourages healthy eating. I’ve learned that it’s not some revolutionary, rocket-science formula, but if you fill up on fruits and vegetables and add in lean meats and pasta and starches, you’re going to fill up faster.

But you still have room for limited amounts of things like sugar or wine, or an extra piece of bread. It’s really learning how to balance your food and do what’s best for your body.

Since then, I’ve lost a total of 110 pounds from my heaviest weight of 260. My threshold before was always at 200 pounds; I felt like I was never going to get below that because the weight was just stuck to my body. Once I broke that 200-pound mark — and had not been below it for many, many years — I felt like nothing’s gonna stop me now.

My daughter is now on board and has lost 12 pounds, while my husband has also lost 30 pounds. Even better: He’s diabetic, and since he’s lost weight, his doctor eliminated one of his medications. I’m thrilled that he got on board for his health. We now take part in road races and have finished a half-marathon, and we enjoy cooking more these days.

But I don’t pretend to be a perfect eater. After my husband and I returned from a cruise, I realized that I’d gained a pound or two on the trip. But that’s the other thing I like about Slimming World. When people go on vacation like that, food is accessible.

My consultants and other members celebrated the fact that I’d only gained two pounds. Life happens, and it’s okay! It’s all about not letting those two pounds beat you.

When I look back on my decades-long struggle with my weight, I feel that I’ve emerged as a brand-new person. I love it when people say, “I didn’t even recognize you!” And even now, when I look in the mirror, it’s hard to believe that’s who I am now. I feel great, and I’m determined to never go back.

Related Items100 Pounds LostMommy MakeoverOver 100 Pounds LostSEO
← Previous Story Weight Loss Before and After: I Lost An Amazing 260 Pounds To Save My Life
Next Story → Real Weight Loss Success Stories: Andrea Reinvents Herself And Loses An Incredible 152 Pounds