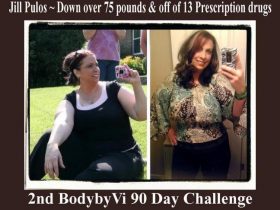 From Darkness to Life

Counting calories burned is not as easy as 1-2-3

Whether you’re trudging on a treadmill, pedaling on an exercise bike or taking on Roger Federer in a Wii game of Grand Slam Tennis, the machine will probably give you a reading of how many calories are going up in sweat.

In fact, no matter what you’re doing — and that includes doing nothing — you can find a gadget to compute how many calories you’re working off.

But should you put a lot of weight on these figures?

“The short answer is no,” says Dr. Chris Cooper, director of the UCLA exercise physiology research laboratory. “They’re all estimates based on a number of assumptions.”

“They can be right on — or as much as 25% or 30% high or low,” says John Porcari, a professor of exercise and sport science at the University of Wisconsin in La Crosse.

Arriving at a true count of how many calories you’re burning, i.e., your energy expenditure, is not as simple as 1-2-3. To get a direct count while, say, you’re ellipting along on an elliptical, you would have to be in a special room where precise measurements could be made of the heat released from your body. This method (based on the fact that burning calories releases heat) is possible but usually not practical.

The machines or gizmos that purport to count the calories you burn only estimate them based on factors related to those calories: weight, heart rate, oxygen consumption. So the numbers they yield are approximations — scientifically based approximations. Some approximations, of course, are more approximate than others.

One of the higher-tech calorie-counting methods — indirect calorimetry — measures how much oxygen a person consumes and how much carbon dioxide he or she produces when exercising at different intensity levels, as indicated by heart rate. Scientists have developed equations for converting these measurements into calories burned, i.e., equations to calculate how many calories you’re burning when your heart is beating at a given rate.

Some, but not all, gyms and health clubs are equipped to measure clients this way. The measurement is too cumbersome and complicated for day-to-day calorie counting, but once you’ve been tested, you can use the results to count calories whenever and wherever you please. You simply need to load your personal data into a suitable heart rate monitor, and the monitor can then convert heartbeats to calories burned.

The conversion isn’t 100% accurate. A number of factors unrelated to calorie burning can influence your heart rate — environmental temperature, your own temperature, your anxiety level, etc. Your heart might start racing when you’re simply sitting there, not moving a muscle, listening to your boss give you a raise — or a pink slip.

If clients exercise regularly, the relationship between heart rate and calories burned will change over time. New Leaf recommends rechecking your profile after exercising for 12 weeks to see if you need to enter new numbers into your heart monitor. “But eventually you’ll plateau out,” says Terry Kapsen, senior vice president of marketing and business development at New Leaf. That is, you won’t keep getting fitter and fitter forever.

The more common type of calorie counters compute how many calories an individual burns according to average measurements for people who are similar to the individual in certain ways, such as age, gender, weight and fitness level.

Life Fitness, a leading manufacturer of exercise equipment headquartered in Schiller Park, Ill., takes that approach with its machines. You enter your weight and wear a heart rate monitor. The counter then calculates how many calories you burn according to what an average person of that weight would burn while exercising at the intensity indicated by the monitor, at the level of difficulty associated with the training program you’re using. Life Fitness has 38 programs, with a different calorie-counting equation for each.

If you choose not to enter your weight on a Life Fitness machine, it will assume you weigh 150 pounds. In general, this will overestimate calorie use if you weigh less than 150 and underestimate it if you weigh more, especially on weight-bearing exercises.

How well averages work for calibrating calorie counters depends to some extent on the type of exercise you’re doing, says William Haskell, an exercise physiologist and professor of medicine at Stanford University.

* Treadmills (as long as they ask for your weight) and exercise bikes (where weight is less important because you’re sitting down) offer fairly good accuracy.

* Machines such as ellipticals or cross-country skiing simulations, which require a certain skill level for proper use and are calibrated according to people with that skill level, are less reliable. So are calorie counters that attach to outdoor bikes because they should — but probably can’t — take gear ratio, wind (direction and strength) and terrain (uphill, downhill or flat) into account.

* Holding on to handrails can throw off the count on treadmills and stair-climbing machines. The rails support part of your weight, and the counter can overestimate the calories you’re using by 30% to 40% because the averages come from people who are not holding on or using the rails to help pull themselves forward.

Maybe you want to know how many calories you’re burning, not just when you’re using an exercise machine but also when you’re climbing Mt. Everest — or eating a stick of celery. You can find devices that will tell you.

One example is the bodybugg, perhaps the biggest star on the reality show “The Biggest Loser.” It uses a motion sensor to follow every move you make and determine your level of activity. But it also measures your skin temperature, how much heat your body is giving off and your galvanic skin response (basically, how much you’re sweating).

By considering these four types of data, the bodybugg can be very accurate, says Kim Slover, a bodybugg services manager at Apex Fitness Group in Westlake Village.

Researchers say the bodybugg’s accuracy depends on how it converts the data to calories — which the manufacturer hasn’t made public — but the algorithm must be based on averages.

“This is an exciting area of research, developing ways to use personal activity monitors to calculate energy expenditure,” Cooper says. “But if you look at the literature to see what’s been published, you won’t find anything.”

Of devices currently available, Cooper says, “calorimetry is very different from wearing one of these gizmos on your arm.” And Porcari calls them “OK, but not fantastic.”

No technology available today can guarantee 100% accurate calorie counts for exercise you do in your daily life. Just how heavily that weighs on your mind may depend on your perspective.

“Suppose your count is 100 calories too high every day,” says Sean Sutter, senior product manager for New Leaf. “That adds up to 10 pounds of fat over a year. It makes a huge difference.”

On the other hand, if you regularly use the same machine or gadget or gizmo, your calorie counts should be consistent, however accurate they are or are not, so you can get a pretty good comparison of how much you do from day to day. And in that sense, at least, Haskell says, “they can be useful devices.”