Men Before And After Weight Loss: I Lost 75 Pounds And Got Back Into Military Shape 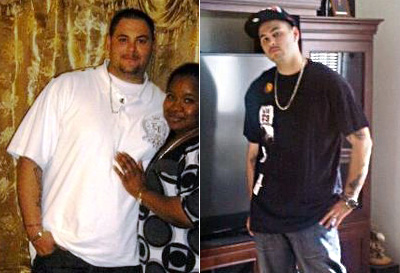 He returned from deployment and packed on 70 pounds. After failing his physical test for the Air Force, he got back in fighting shape

Carlos Silverio returned from U.S. Air Force deployment weighing 215 pounds, which looked good on his 6’ 2” frame. He started lifting weights and still ate whatever he wanted. He was single and ready to mingle. Then he met his wife, and domestic trappings got the best of him. He scaled back his time at the gym and savored her southern cooking. Before he knew it, he gained almost 70 pounds.

He knew his weight had become a problem when he found himself continuously shopping for new clothes. “A 3XL shirt that used to fit me a little big was all of a sudden a snug t-shirt.” Strangers would also stare at him in uniform, giving him looks that seemed to ask, “That guy is in the military?” But the final straw came when he failed his physical test for the Air Force.

RELATED:   Weight Loss Before and After: Julie Lost 93 Pounds With Plenty Of Exercise

After failing the test, Carlos received military orders to attend mandatory fitness class 4 days a week. He started losing weight slowly, but he wanted faster results. A year ago, he cut out fast food, then desserts. Once he dropped to 225 pounds, he let himself eat yogurt and low-calorie treats. He satisfies his sweet tooth with a variety of fruits. He now runs 2 to 3 miles a day, 5 days a week. When he reaches his ideal weight (195 pounds), he’ll start lifting again.

A website helps Carlos track his meals and offers him recommendations, such as when to eat more fiber or drink more water. And his wife also helps keep him focused. Now she cooks healthier foods and will nudge her husband if he strays from exercising or eating right. “She reminds me how unhealthy my lifestyle was before, and how I do not need to go back to that place.”

He loves bumping into someone who hasn’t yet seen the new Carlos. The “you-look-great” and “how-did-you-do-it” speeches never seem to tire. And he enjoys the feedback from strangers, too. “It feels good to finally get some positive stares rather than the looks I was getting before.”

Plan ahead. On Sundays, he grills a bunch of chicken and saves it for later in the week.

Start small. Set small goals, like lose 5 pounds or shave off a few seconds on the next mile, to help you reach the big one.