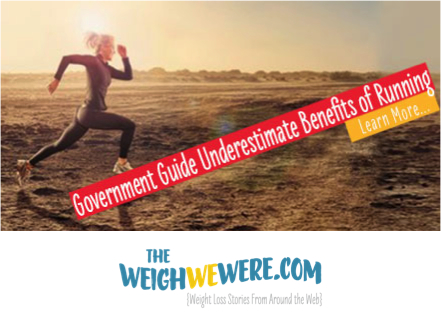 Current guidelines on physical activity and health may underestimate the benefits of prolonged vigorous exercise in women. That’s the conclusion suggested by the results of a study of women runners that is part of the ongoing National Runners’ Health Study.

Berkeley Lab life scientist Paul Williams and research assistant Davina Moussa, who conducted the study, are presenting their findings at the 68th Scientific Sessions of the American Heart Association that is taking place November 13-16 in Anaheim, California.

The study, which involved 1,833 women, examined the issue of how much exercise is beneficial. Confirming that exercise improves health, the findings challenge the notion that modest amounts of moderate exercise provide benefits that are almost equivalent to that from extensive, vigorous activity.

Among women runners, vigorous exercise paid off in a range of significant health benefits. A more heart-healthy cholesterol profile was obtained. Weight was significantly reduced, particularly around the waist and hips. And modest improvements were observed in blood pressure.

Importantly, the study found that the more miles a woman runs, the greater were these benefits. That was true up to 40 miles per week.

Williams and Moussa report that the benefits of running 40 miles per week as versus under 10 miles can be dramatic. Women in the 40 mile club reduce their risk of dying from cardiovascular disease by an estimated 45 percent. Overall, their risk of developing heart disease is an estimated 29 percent less. **

Williams said the Berkeley Lab study found that HDL levels increased with mileage run, up to at least 40 miles per week. They found a 10 milligrams/deciliter difference in HDL levels between those who run 40 miles/week and those who run less than 10 miles/week.

Said Williams, “We found that the increase in HDL per mile run was the same for women as that previously reported in men. This is despite the fact that women start out with substantially higher HDL levels than men.”

The study of women runners was limited to those who are nonsmokers, who are not taking medications, and who are not vegetarians. Before comparing the distance run by the women to their cholesterol, blood pressure, and body masses, Williams and Moussa adjusted for a number of factors. These include age, education, and dietary intake (in terms of alcohol, red meat, fish and fruit).

The findings of this study bring into question the exercise guidelines recommended by the U.S. Center for Disease Control and Prevention and the American College of Sports Medicine. These guidelines advocate moderate exercise, for instance, a brisk two-mile walk every day. Furthermore, current guidelines suggest that there is little additional benefit to be gained from doing anything more.

Said Williams, “This study suggest to us that there are substantial health benefits to more vigorous exercise above and beyond the current recommended guidelines. There does not seem to be any diminishing return before running 40 miles per week. With exercise, the greater the investment, the greater the rewards.”

The Berkeley National Laboratory conducts unclassified scientific research for the U.S. Department of Energy. It is located in Berkeley, California and is managed by the University of California.

Related Items
← Previous Story Which fruits and vegetables are best for weight loss?
Next Story → Want to burn more fat? Exercise on an empty stomach!