From Food Dummy to Food Smartie 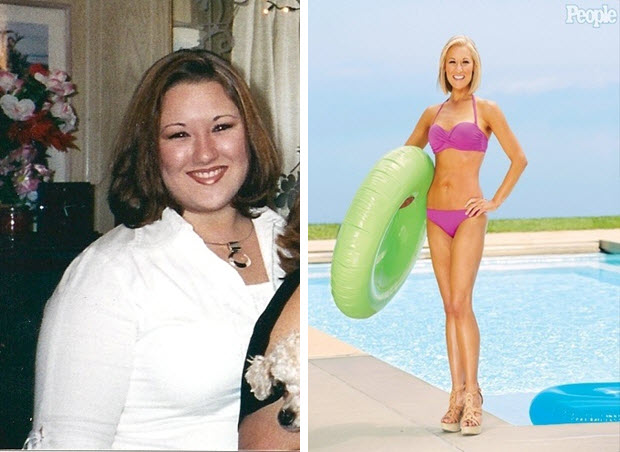 How I Gained It: The short answer? Lack of activity and portion control. But it’s not like it just “happened” in my case — I had always been overweight. I was always the “fat girl” in school; people would always tell me I had a great personality or a pretty face. In other words? Fat! Throughout my childhood and into my teenage years, the pounds just kept adding up. I was not the most active child, and although I did participate in extracurricular activities here and there, but certainly not enough to combat my eating habits.

The other issue was that I lacked portion control. I not only ate whenever I wanted, but whatever I wanted too, and in very large amounts. For example, an after school snack for me at age 10 was an entire box of Stovetop stuffing, or a whole box of Rice-a-Roni! Clearly a side made to serve a family of 4 was not intended to be eaten at one sitting by a kid. I had many other indulgences too — I would eat multiple plates of spaghetti at family dinners, seconds of desserts, and heaping portions of chocolate candy until my stomach hurt. I was on the fast track to unhealthy.

Breaking Point: My breaking point came when I finally realized that I was sick of being invisible. Going out with groups of friends and being the only heavy person at the table, I literally felt as though no one even noticed that I was there. After all of the years as being the “fat friend” I decided that I no longer wanted to be associated with that title. So I decided it was time to lose weight — I didn’t choose a particular number to aim for, but I intended to lose until I felt healthy and comfortable.

How I Lost It: The very first step I took in my journey towards weight loss was to tackle my eating habits — I drastically changed not only what I ate, but my portion sizes as well. I began eating “clean,” which to me meant cutting out almost all processed foods and condiments. I also limited my intake of breads and starches. Fast food was out of the question and I began cooking at home the majority of the time. I had to demonstrate incredible willpower to resist many of my favorite foods, but I knew it would all be worth it once I reached my goal, and trust me it was.

The second component to my weight loss was incorporating activity into my daily life. For me, this meant committing to go to the gym four days a week. It sounds like a lot, but I can attest to the addiction to exercise you get when you start feeling great and seeing results. I’m still working out on a consistent basis — during each session, I clock at least 30 minutes of cardio, and I like to switch it up between cardio machines so that it never feels monotonous. I also weight train three days a week, whether on machines or with free weights. Some people hire trainers to tell them what to do, but I created my own exercise and nutrition plan just through researching … no personal trainer needed! This new chapter in my life has sparked an interest in nutrition and fitness that I never knew existed; I read articles on food and exercise every chance I get.

RELATED:   How I Lost Weight: Kia Had Enough And Dropped 155 Pounds

I could not be happier about the place I am in my life. The dedication and sacrifice is tough, but it’s well worth it. The best part is the sense of pride I receive from being an inspiration to people around me. A co-worker of mine was so impressed by my transformation that it has inspired her to lose 118 pounds herself!

Related Itemspersonal trainer
← Previous Story How I Got an ‘A’ in Weight Loss
Next Story → I Did It! Jo-Ann’s Weight Loss Success