FINALLY FOUND THE ANSWER TO NOT BEING HUNGRY – LOW GLYCEMIC! 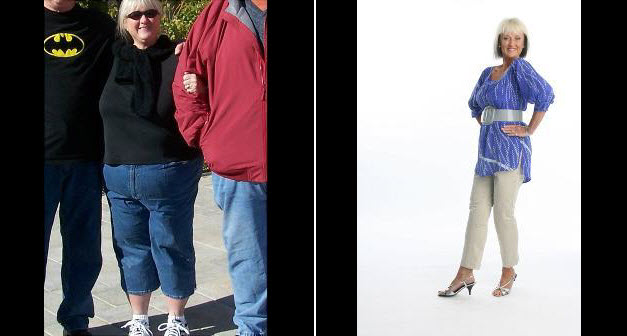 Hit it. Hit It! HIT IT!!!! I kept yelling, but nothing was happening. I was still dragging through the water. Our ski boat was doing the best it could – and the engine was as good as ever. The problem, apparently, was that I was not my former self – in fact – I was 100 pounds more than I had been the last time I was water skiing. How embarrassing – our boat could NOT pull me out of the water and up on my skis! There was just too much me causing a huge drag on our boat. Could there have been anything worse than that? Yes. Trying to get back inside the boat from deep water! Talk about trying to get a whale up over the side. My poor husband! This drama happened in August, 2005, and I was beside myself. I had tried every diet imaginable, at least one a year – and I was 60 years old at that time – that’s 60 tries! I was usually successful at getting rid of the pounds – just not at keeping them off. I had reached the point where I had given up the weight loss battle. Even though I was miserable with my size and condition ( because there is nothing more defeating that self-inflicted damage) I continued to stuff myself until January 12, 2006! That was when I was watching a NutriSystem ad and heard “….and the pounds just melted off”. That was the phrase that sent me straight online to the NutriSystem web site. I had been considering gastric bypass – but I was too scared.

RELATED:   Weight Loss Success Stories: I Slimmed Down 50 Pounds And Went From A Size 16 to 6

January 19, 2006, I was delivered from my self-destruction. The NutriSystem box arrived. From day 1 – it was a miracle. I was NOT hungry. How was that possible? I didn’t know, and quite frankly, I didn’t care. I just know it worked. Every day I said “Thank You Nutri System”.

After 4 months on Nutri System, my grandson and I biked through San Francisco and over the Golden Gate – I had lost 50 pounds by then. After 5 months (and 60 pounds gone) we went to a local theme park where I was not afraid to get on the roller coaster – I was NEVER scared of the ride – just scared that the bar to hold me in would not click closed! After seven months we went hiking the hills of San Francisco and mountains in the South Bay – I had lost 70 pounds by then. . Eleven months to the day from when I started NutriSystem, I lost 100 pounds and felt great. I still feel great – and maintaining has become easy. Pre Nutrisystem, I would have immediately gone back to my unhealthy eating habits the instant I made my goal. But guess what – for the FIRST time, I have kept the weight off. I don’t know if it is my age or not – but I credit the Nutri System plan because I was NOT hungry. A friend saw me and said “It is nice to see you have invested in yourself.” I took that to heart and find the investment so worth while.

RELATED:   Jessica Declared Revenge on "Skinny" and Got Healthy Instead

I can now do all of the things I have wanted to do, but didn’t do because of being too big and out of shape and feeling rotten. I have not caught a cold or the flu in the entire 30+ months since I started following the Nutrisystem guidelines – portion control, eating every three hours and choosing the foods that make me feel healthy and vibrant. I love being my grandson’s buddy and able to do things that are fun, adventurous and memorable. Nutri System gave me back a life , and a great one at that – a life that I had previously discarded in favor of ice cream , cookies and bread!

I quit using the actual NutriSystem foods after 6 months on the plan – but following a low glycemic eating plan has made life so wonderful! At 62 I jog the hills, hike, bike, water ski, swim and do all of the things I love to do. Life is good!  I am down 110 pounds from my beginning weight of 244 – WHAT A DIFFERENCE!