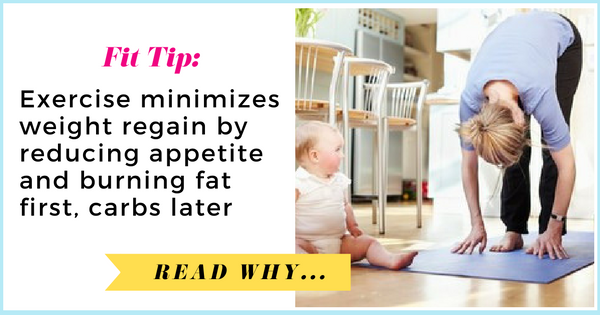 BETHESDA, Md. (September 2, 2009) — Exercise helps prevent weight regain after dieting by reducing appetite and by burning fat before burning carbohydrates, according to a new study with rats. Burning fat first and storing carbohydrates for use later in the day slows weight regain and may minimize overeating by signaling a feeling of fullness to the brain.

These coordinated physiological changes in the brain and the body lower the ‘defended’ weight, that is, the weight that our physiology drives us to achieve, and suggest that the effects of exercise on these physiological processes may make it easier to stay on a diet.

Weight gain is, on the surface, remarkably simple, occurring when the calories consumed exceeds the calories expended. On closer examination, the process is remarkably complex. Laboratory, animals eat according to physiological signals that may suppress appetite or arouse the desire to eat. These signals are relatively weak in humans, as their intake is largely influenced by psychological, cognitive and lifestyle factors. After dieting, however, the physiological signals emerge to play a more substantial role in controlling intake. Being persistently hungry after losing weight with restricted diets is a big part of the weight regain problem. Most people are unable to ignore this physiological cue and are pushed by their biology to overeat and regain the weight they worked so hard to lose.

Some people are successful at keeping the weight off, and those tracked by The National Weight Control Registry share a number of common characteristics, including a program of regular exercise. The aim of this investigation was to uncover how exercise affects the body’s physiology to minimize weight regain.

The researchers used obesity-prone rats. For the first 16 weeks, the rats ate a high-fat diet, as much as they wanted, and remained sedentary. They were then placed on a diet. For the following two weeks, the animals ate a low-fat and low-calorie diet, losing about 14% of their body weight. The rats maintained the weight loss by dieting for eight more weeks. Half the rats exercised regularly on a treadmill during this period while the other half remained sedentary.

In the final 8-weeks, the relapse phase of the study, the rats stopped dieting and ate as much low-fat food as they wanted. The rats in the exercise group continued to exercise and the sedentary rats remained sedentary.

Compared to the sedentary rats, the exercisers:

Exercise blunted this fuel preference, favoring the burning of fat for energy needs and saving ingested carbohydrates so that they could be used later in the day. Taken together, the exercise led to a much lower appetite and fewer calories ending up in fat tissue.

The researchers also found that exercise prevented the increase in the number of fat cells observed with weight regain in sedentary rats. In sedentary rats, a population of very small, presumably new, fat cells appears early in the relapse process. Small, new fat cells would not only accelerate the process of regain, but also increase fat storage capacity in the abdomen. It would also explain why sedentary rats overshoot their previous weight when they relapse.

Conventional wisdom holds that the number of fat cells is determined by genetics, rather than being regulated by diet or lifestyle. Because this effect of exercise is a novel finding, the team will do further research to demonstrate that exercise is, indeed, preventing the formation of new fat cells early in relapse and not simply altering the size of pre-existing fat cells.

Related Items
← Previous Story After weight loss, 90 minutes of exercise a day is needed to keep the pounds off
Next Story → Want to lose weight? Keep a food journal, don’t skip meals and avoid going out to lunch