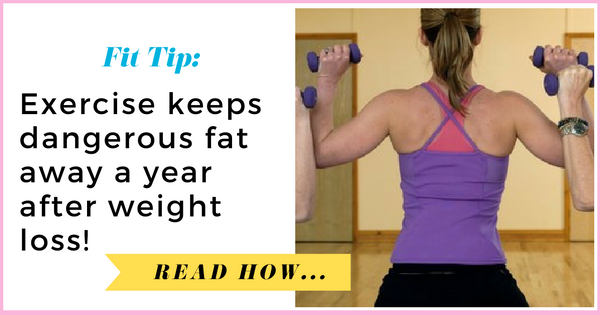 A study conducted by exercise physiologists in the University of Alabama at Birmingham (UAB) Department of Human Studies finds that as little as 80 minutes a week of aerobic or resistance training helps not only to prevent weight gain, but also to inhibit a regain of harmful visceral fat one year after weight loss.

The study was published online Oct. 8 and will appear in a future print edition of the journal Obesity.

In the study, UAB exercise physiologist Gary Hunter, Ph.D., and his team randomly assigned 45 European-American and 52 African-American women to three groups: aerobic training, resistance training or no exercise. All of the participants were placed on an 800 calorie-a-day diet and lost an average 24 pounds. Researchers then measured total fat, abdominal subcutaneous fat and visceral fat for each participant.

“What we found was that those who continued exercising, despite modest weight regains, regained zero percent visceral fat a year after they lost the weight,” Hunter said. “But those who stopped exercising, and those who weren’t put on any exercise regimen at all, averaged about a 33 percent increase in visceral fat.

“Because other studies have reported that much longer training durations of 60 minutes a day are necessary to prevent weight regain, it’s not too surprising that weight regain was not totally prevented in this study,” Hunter said. “It’s encouraging, however, that this relatively small amount of exercise was sufficient to prevent visceral fat gain.”

The study also found that exercise was equally effective for both races.

Related Items
← Previous Story The Scale Lies! Find out exactly why it changes day-to-day…
Next Story → Would you stop eating out to lose weight?