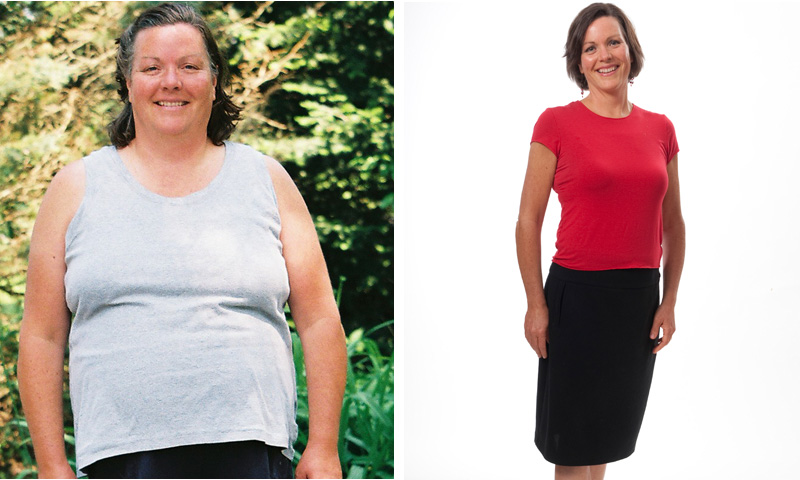 How I Gained It: I grew up on a farm and was always physically active. My dad was an avid gardener, so we always had lots of fresh, colorful vegetables and fruit to eat. We seldom ate out, and desserts and junk food were reserved only for special occasions.

But when I went off to college, it didn’t take long before I became addicted to unhealthy, processed foods, like creamy pastas, casseroles, and rich desserts. I started using food as a way to escape the pressure of college life. I was athletic, and running four miles a day, so I easily burned off the extra calories, until I got married and had five children. With each baby, I became less active. The pounds started to pile on as I picked at my kids’ leftover Happy Meals and macaroni and cheese.

RELATED:   Weight Loss Before and After: Brandy Lost 100 Pounds And Started Eating Healthy

I was trapped at 238 pounds for more than 20 years. I attempted just about every diet on the market, but could only survive so long on nutrient-restrictive eating. Plus, my focus was always on a quick fix rather than changing my lifestyle.

By the time I was 47, I had many of the typical obesity-related healthy problems: pre-diabetes, heart disease and high blood pressure.

Breaking Point: My wake-up call came in the spring of 2008 when my blood pressure reached 157/94. I was diagnosed with coronary artery disease five years prior, so I knew I was sitting on a time bomb: It was no longer a matter of if I’d have a heart attack or stroke, but when.

RELATED:   Men Before And After Weight Loss: Dan Lost 104 Pounds And Gets Back To Running

How I Lost It: On July 10, 2008 I began following the nutritional recommendations in Eat to Live, by Joel Fuhrman, M.D., and after four weeks I’d lost 20 pounds. A year later I was 100 pounds lighter, and no longer craved high-salt, high-fat, or processed foods. Plus, I no longer had pre-diabetes, heart disease, or high blood pressure. My joints stopped aching, my back pain went away, I had more energy, and my mood lifted as well.

It’s been over three years since I changed my eating habits. The best thing about getting rid of my food cravings is that the weight stays off. I turned 50 this year, and I feel better and have more energy now than I did in my late 20s!