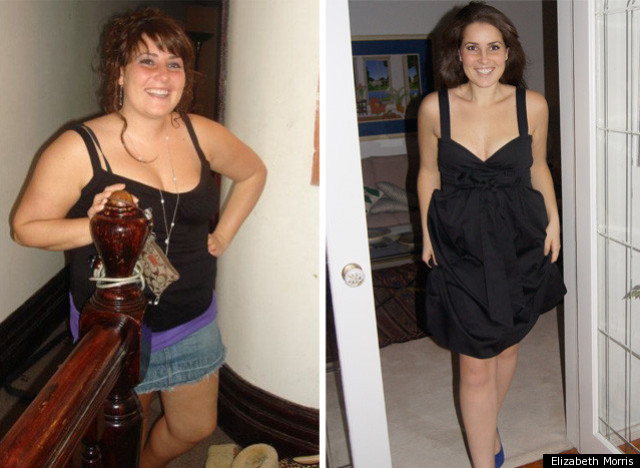 How I Gained It: I used to think I was overweight from a series of unfortunate events. Day after day, month after month, I seemed to encounter delicious, stomach-enhancing, jiggle-encouraging foods, and so I’d start my diet tomorrow. Well next Monday. Wait, the first is soon, so next month! Actually, after the holidays (there’s so much delicious food then). January 1st it is. And as the story goes, I continued to gain weight, and kept wishing and hoping and dreaming I’d one day wake up skinny, never actually committing to the journey, the hard work, and the effort that weight loss takes.

I lived in a world of denial, always believing that that one little cookie, the fourth slice of pizza, or the creamy pasta wouldn’t count, but it did. Oh, my friends, that it did.

To list the events I promised myself I’d lose weight for would be to list all major life things that happened to me from 10 to 24, from birthdays, to school starting in the fall, junior and senior proms, to my first, and then last day of university. Like clockwork, I would lie in bed every night and promise myself enough was enough, tomorrow was the beginning, tomorrow I’d eat healthy, tomorrow I’d start to lose my weight!Wash.Rinse. Repeat.

I’d go through phases of dieting, harsh restrictions to my lifestyle I could never keep up, and just like everybody else, I would lose 20 pounds, and then gain 30 back (usually from celebrating said weight loss with food).

It was this endless, awful cycle, of desiring something so much, just wanting to be “normal,” yet failing miserably every day. I became obsessed with food, obsessed with my weight, spending countless hours thinking about food, diets and my next meal. I’d be out to dinner with friends, nodding along to their stories, looking interested, meanwhile having an internal battle with myself not to reach for another piece of table bread (spoiler alert: I always reached for the extra slice of table bread).

Weight and food consumed my whole life, and eventually, as the weight continued to creep on, I found myself turning down going out, choosing not to see friends, and even ordering clothes online as I was too self conscious to go to the plus size stores. Life wasn’t meant to be lived this way, something had to change, I needed to change.

Breaking Point: They say (I’m looking at you, Oprah), that behind every overweight person is an underlying issue being covered with food. Figure out what you’re covering up and you’ll not turn to cheese, white carbs, or french fries anymore. But that never happened to me — there was no underlying issue (that I’ve figured out as of yet). I just seemed to love food that freaking much!

My official “ah-ha!” moment came at 2 a.m. after arriving home from a week inCuba, the land where calories and carbs didn’t count (but back on Canadian soil, apparently they did). Oh how they did, and there it was, between my toes, one, dark, winter night: 203 pounds.

A quick late-night-Google later, and suddenly Wikipedia was telling my 24 year old self she was “morbidly obese.” My God, that doesn’t sound good. “Morbid” — isn’t that, like, dying? I sat there, in the dark, tears filling my eyes, feeling so hopeless, so lost… but then I made that simple decision, that would absolutely change my life.

I didn’t just say, “I’m going to lose weight!” For the first time in my life, I actually meant it.

RELATED:   "I made peace with food"

I’ve uttered those five little words a thousand and one times, but that night alone in my bedroom was very, very different. This time I didn’t just say those words in a moment of despair, giving myself short-lived hope that my life would change. This time, for the first time, I actually realized the fight that it was going to take.

I realized that when my colleagues offered me a cupcake, I would have to say no. When I was ordering food, I would have to order something healthy. I would have to put my Starbucks Frappucinos on hold for a while. It was going to be a long, hard journey, and sacrifices (because that’s what weight loss is) would have to be made. That January night, in 2009, I finally, 110 percent committed, and for the first time in my life, I didn’t just say those words, I truly, with all my heart, believed them.

How I Lost It: For the most part, when people are overweight it’s because they’ve eaten too much and I, ladies and gentlemen, was absolutely no different. I didn’t reach 203 pounds by chance (or that series of unfortunate events). I had simply eaten too much for my 5’4” female frame. Weight loss is a simple equation: food consumed must be less than energy out. And as there was no way I was going to hit the gym, my only way to lose my weight was through decreasing the things I ate.

The next morning, after my “ah-ha” moment, I found a pen and blank piece of paper, and started to record everything I put in my mouth. Everything. It was absolutely enlightening and depressing to see how quickly things added up, and how those slices of cheese, low fat yogurts, and even toppings on salads made a difference. Then two weeks after a successful bout of weight loss (10 pounds!), I turned to the Internet to start recording my weight loss, and started a blog called One Twenty Five.

I had stumbled into the 21st century diet, the new and improved way to lose weight! A diary that could suddenly comment and respond to my every thought, encourage me in my time of need, and congratulate me when I had made the right decisions? Yes please! Over time, I moved from recording my food intake to writing about the emotional side of losing weight (something diet books seriously fail to mention), and soon realized I was not alone in my journey, that my insane, crazy twenty-something thoughts were actually the norm, and that I wasn’t the only person who knew the sneaky strategy of placing a cushion on my lap while sitting on a couch, y’know, to fool people into thinking I didn’t have a gut.

For several months, I blogged the ups, the downs, and the internal battle that goes with any weight loss journey, all the while watching what I ate, and never ever introducing exercise into my routine. However, somewhere in those first few months, a friend had told me “running just melts the fat off.” My God, “melts the fat off?” Doesn’t that sound fantastic? But I was too self-conscious to go to the gym or step outside for a jog, I was one of those people who wanted to look good before I went to the gym (note: this is a flawed way of thinking, I must say), and besides, I didn’t know how to run. Walking up stairs winded me as it was.

But I filed that little sentence, “running just melts the fat off,” somewhere in my brain’s archives which meant that when I received an email from my friend asking me to train for a 5K, I was still intrigued by that “melts the fat off” business, and it encouraged me to actually say yes.

The Biggest Loser, commercials on TV, stories you hear through the grapevine, all feature people shedding the pounds from running and exercise, so I would too, right?

Crossing the finish line of that first 5K was like nothing I had ever experienced. I had trained so hard for it, and had actually accomplished something I had set out to do! I was hooked on the feeling of success, and the shiny medal that now hung above my bed.

And so I became a runner, slowly, but surely, increasing my race distances one race at a time until, on October 10th 2010, I ran my first full marathon. Oh yes folks, as in 42.2 kilometers, ah… I mean 26.2 miles. I know, right?! Whoa. I literally went from couch-potato, lover-of-being-horizontal to two full marathon in 18 months. (My running story can be found here. It was a battle and a half.)

So what happened to my weight during this time? I had gone from 203 pounds to 165 pounds before I started running. Then I started to run, and plateau-ed for over a year at 165 pounds. Wait. What? How was that possible? Where was that “pounds just melting off” business I was promised?

It took me two full marathons, a lot of headaches, heartaches and leg-aches, but I eventually figured it out. I’m sorry to break the news to you, but there really truly is no secret to this weight loss game we play. If you’re trying to lose weight, and you’re not losing it, you’re eating too much. Sad, but oh-so-very true, I promise you that. Some days I was running 30+ kilometers (18+ miles), yet I found myself gaining weight! Oh the horror… The reason why? I was simply eating way too much. You can sit on the couch and lose weight (not recommended, but possible), or run marathons, and gain weight (me!).

For over a year I believed I was impervious to calories. I spent hours and hours a week running, but the reality is that very few (oh-so-very-lucky) people are actually impervious to calories and delicious food –- which sadly means the rest of us are left to balance treats with healthy eating and portion control.

Over the years, I’ve learned that for most of us, weight loss isn’t about figuring out the “how.” We all know how to lose weight, we all know what’s healthy, and we all know what’s not. Weight loss is about realizing that you are the only person in this world who can change your health and lose that weight for you. Weight loss is about truly being honest with yourself and committing with your whole heart, mind and body to an extraordinary journey which will benefit your life in so many more ways than just your health and body image issues.

I’m now down 50 pounds and couldn’t be happier, but am still on my weight loss journey (slow and steady folks, slow n’ steady). I’m continuously learning what works for my body, and what doesn’t, but along the way I’ve gained (pun!) confidence in myself and the person I am which has actually (I can’t believe I’m saying this) made me appreciate and be thankful for once being classified as “morbidly obese” because it was from being “obese” and turning my life around that I’ve learned with all my heart that absolutely anything is possible for this life I lead.