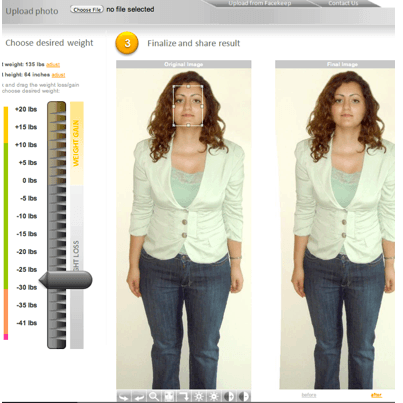 Weight Mirror: Upload your photo to instantly see yourself 5 to 40 pounds thinner!

(HealthDay is the new name for HealthScoutNews.)

Here’s some news that’ll bring a smile to the limping legions of weekend warriors.

A non-steroidal anti-inflammatory drug (NSAID) in a cream applied directly to the skin reduces muscle soreness that occurs 24 to 48 hours after exercise, says a University of California, San Diego School of Medicine study.

The research, published in the July issue of the Clinical Journal of Sports Medicine, also found this direct application to skin avoids unpleasant side effects that some people experience when they take oral NSAIDs.

The researchers compared a cream version of a NSAID called ketoprofen to a cream that contained a placebo. The study included 32 healthy men, aged 18 to 35. Women were not included in the study to avoid fertility or pregnancy complications.

The researchers say they found ketoprofen levels at 24 and 48 hours were minimal.

Currently, oral NSAIDs are the most commonly prescribed medications for pain relief and reduction of inflammation experienced after exercise. About 103,000 people are hospitalized each year in the United States for NSAID-induced gastrointestinal complications. There are more than 16,000 NSAID-related deaths each year among arthritis patients alone.

“If an effective transdermal method of NSAID delivery were available, these limitations of oral delivery could be avoided. Further, a transdermal delivery system would have the advantage of delivering NSAIDs directly to the desired location,” the study authors write.

But they note that transdermal NSAID formulations are not yet commercially available in the United States and doctors have to prescribe a customized, individual cream that’s prepared by pharmacists.