How I Lost 60 Pounds: Donald Drops The Weight And Gets Healthy 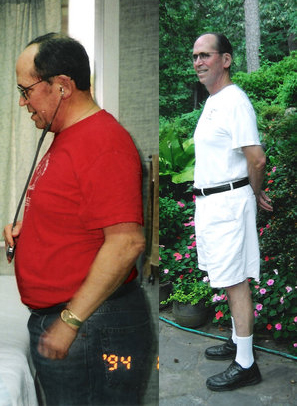 Gilner had several medical problems, including an artificial heart valve and rheumatoid arthritis,

…and he knew the added weight was only increasing the likelihood of more medical issues.

…and I knew that it would require a total change in my lifestyle,” he says.

On gym days, he runs a mile,

…followed by 22 to 25 repetitions on the machines.

He also does free weights

…and back and stretching exercises.

And at home he uses a stationary bicycle and Stairmaster.