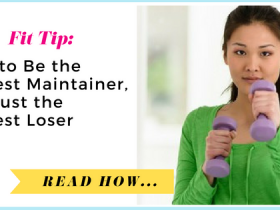 Nutritional guidelines restricting sugar intake are not based on high quality science, finds new study led by McMaster University and The Hospital for Sick Children (SickKids). The paper is published Dec. 19 in the Annals of Internal Medicine.

The research team conducted a systematic review of nine public health guidelines on sugar recommendations, including those by the influential U.S. Dietary Guidelines for Americans and the World Health Organization (WHO) and found that the recommendations for limiting sugar are based on low to very low quality evidence.

“Although our findings question the recommendations from guidelines produced by leading authorities, the findings should not be used to justify high or increased consumption of nutrient-poor, energy-dense foods and beverages like candy and sugar-sweetened beverages,” says Bradley Johnston, principal investigator of the review.

“We know that it is healthy and advisable to limit our sugar intake, the question remains to what degree, and if we are limiting our sugar intake what are we replacing the sugar with?”

“When respected organizations issue conflicting recommendations it can result in public confusion, and this raises concerns about the quality of the guidelines, and the quality of the evidence that informed the guidelines,” says Johnston. He is an assistant professor in the Department of Clinical Epidemiology and Biostatistics at McMaster University; an assistant professor of health policy, management and evaluation at the University of Toronto; and scientist in Child Health Evaluative Sciences at SickKids.

Johnston uses former “low-fat” guidelines as an example: “For 40 years it was advised to eat a low fat diet and, as a result, the food industry and the public looked for ways to lower fat content in foods. What happened is that the fat was typically replaced by simple carbohydrates which included sugar creating a less than optimal outcome including an associated rise in obesity and diabetes.

“In the case of lowering sugar intake, what is happening is that sugars are often replaced with starches and other food additives like maltodextrine, providing the same calorie count, but often accompanied by an increased glycemic index (and blood glucose levels).”

The research team identified problems with the nutritional guidelines and in particular problems with the research that supported the guidelines’ recommendations such as; the inclusion of imprecise or small studies; a high risk of bias from uncontrolled studies; the use of outcome measures such as “nutrient displacement, tooth decay and limited weight gain” that are of lower priority to the public, compared to arguably more important outcomes such as obesity and diabetes; a lack of transparency regarding financial conflicts of interest among groups members who developed the guidelines, and a failure to include patient and public representatives in the panels drawing up the guidelines.

Co-first author, Behnam Sadeghirad, a McMaster PhD student in health research methodology, said “At present, there does not appear to be reliable evidence indicating that any of the recommended daily caloric thresholds for sugar intake are strongly associated with negative health effects. The results from this review should be used to promote improvement in the development of trustworthy guidelines on sugar intake.”