Despite Thinking She Was ‘Meant To Be Big’, Tanisha Williams Lost More Than 100 Pounds 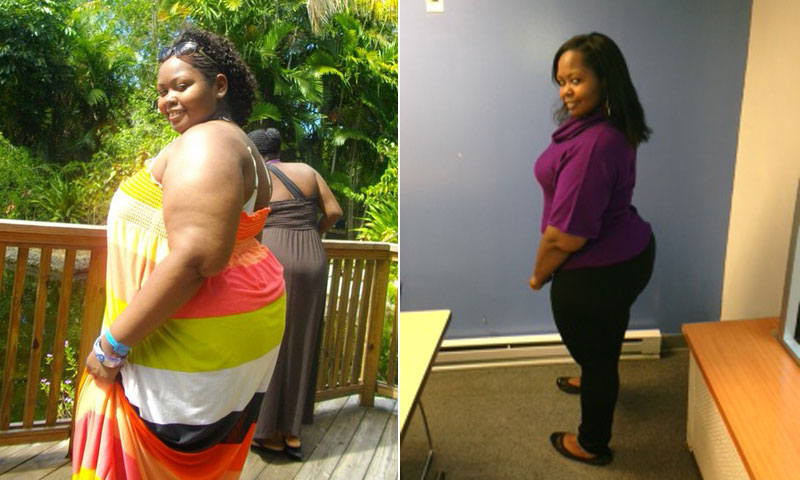 How I Gained It: I was overweight from childhood. Despite knowing my family history of diabetes and hypertension, I never attempted to really lose the weight, and that became my downfall. I loved eating out — Chinese and fast food were my favorites. On any weekend, I could easily order two lunch specials and watch Lifetime all day. I never drank water, and I over-indulged in fruit juice. In 2011, I became pregnant (I later had a miscarriage), and within the first three months of the pregnancy, I gained at least 20 pounds. The weight just added to my already large frame. My life was spiraling out of control, but I felt if the weight could not come off quickly, I must be meant to be big.

Breaking Point: On October 15, 2012, I stepped on the scale and when it did not register a number, I instantly became miserable and depressed. I sat on the side of the bed and read the box the scale came in. It indicated the maximum weight was 350 pounds. All I could take in was that meant I was nearing 400 pounds. Immediately, I became angry with myself, but I used that anger to throw everything out of the house if it was unhealthy. I went to the supermarket and purchased only healthy items. I refused to allow myself to fall into a deep depression because I knew it would lead to me becoming heavier. I remember that night and will never forget it because it made me realize I had two choices: change or die!

RELATED:   How I Lost 150 Pounds: Fred Lost The Weight By Conquering Emotional Eating

How I Lost It: At first, I had no plan. I just started to change what I put into my body. Since I was no stranger to diets and weight-loss programs, I knew it was time to go the old-fashioned route. For a moment, I did consider surgery. I had tried twice before, but was denied because I did not have any major medical issues. Ultimately, I decided it was best to avoid that path altogether. I did a lot of research and learned what I needed to do. I ultimately counted my calories, increased my fiber and drank close to 100 ounces of water daily. I hate the gym, so I found fun Zumba videos on YouTube and that became my exercise at home.

By the third month, I had lost the first 30 pounds and was continuing to find what worked for me. I planned and prepared my meals and took snacks with me. I no longer feared food, and I did not eat only salads. During my research, I found recipes online and found a network of others who were on a healthy living journey. We supported one another. My life has definitely changed for the better overall — in every aspect.

During this transition, I became a resource to others. I am an instructor at a medical assistant program in Brooklyn, NY, and many of my students came to me for assistance as they sought a healthier lifestyle, too. By May 2013, I was motivated to start my own weight loss coaching program to help others as they embark on this same journey.

Once I lost the first 50 pounds, I knew losing 100 pounds was definitely in my future. In the beginning, I did not believe I could lose 100 pounds, so I set my initial goal to being able to read my weight on the scale — that came in three or four days. Then I said I wanted to lose at least 30 pounds, but as I continued to stay motivated, I got closer to my long-term goal of 100 pounds. On October 12, 2013, I achieved my goal! My next goals are to lose another 50 pounds and run my first 5K. I am definitely proud of myself, because my weight has always been my biggest challenge.