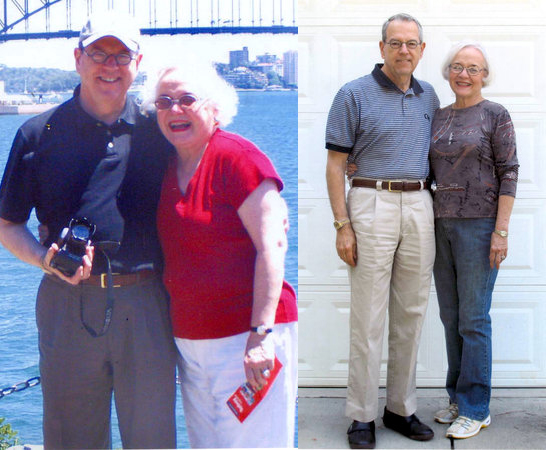 David and Patricia Hobrook, together weighed 393 pound. He was 177 pounds and she 189 pounds.

In March 2005 the couple went on a three-week cruise. “I took a lot of pictures while we were on the cruise,” David says. Patricia could hardly tell who was in the photos when they returned. “When you don’t recognize yourself, you realize you have got to do something,” Patricia says. They decided to go to their first Weight Watchers meeting.

The Holbrooks followed the core eating plan. Instead of counting points, they focused on a core list of foods along with portion control. “David is diabetic, and it’s the perfect lifestyle to be on for diabetes,” Patricia says. On a typical day, David has oatmeal for breakfast, Patricia has cereal and they both have fruit. He lost 27 pounds. She lost 43