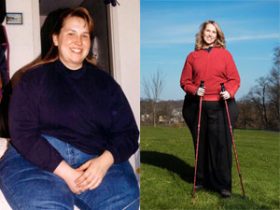 Eating one serving a day of beans, peas, chickpeas or lentils can significantly reduce “bad cholesterol” and therefore the risk of cardiovascular disease, a new study has found.

However, most people in North America would have to more than double their consumption of these foods known as pulses to reach that target, said the researchers at St. Michael’s Hospital.

The study, led by Dr. John Sievenpiper of the hospital’s Clinical Nutrition and Risk Factor Modification Centre, was published today in the Canadian Medical Association Journal.

Dr. Sievenpiper said that by eating one serving a day of pulses, people could lower their LDL (“bad”) cholesterol by five per cent. He said that would translate into a five to six per cent reduction in the risk of cardiovascular disease, the leading cause of death in the United States.

One serving of pulses is 130 grams or ¾ cup, yet North Americans on average eat less than half a serving a day. Pulses have a low glycemic index (meaning that they are foods that break down slowly) and tend to reduce or displace animal protein as well as “bad” fats such as trans fat in a dish or meal.

“We have a lot of room in our diets for increasing our pulse intake to derive the cardiovascular benefits,” Dr. Sievenpiper said. “Pulses already play a role in many traditional cuisines, including Mediterranean and South Asian. As an added bonus, they’re inexpensive. Since many pulses are grown in North America, it’s also an opportunity to buy and eat locally and support our farmers.”

Dr. Sievenpiper’s meta-analysis reviewed 26 randomized controlled trials that included 1,037 people. Men had greater reduction in LDL cholesterol compared with women, perhaps because their diets are poorer and cholesterol levels are higher and benefit more markedly from a healthier diet. Some study participants reported stomach upset such as bloating, gas, diarrhea or constipation but these symptoms subsided over the course of the study.