Weight Loss Before and After: Vanessa Shed 30 Pounds And Looks Better Than Ever 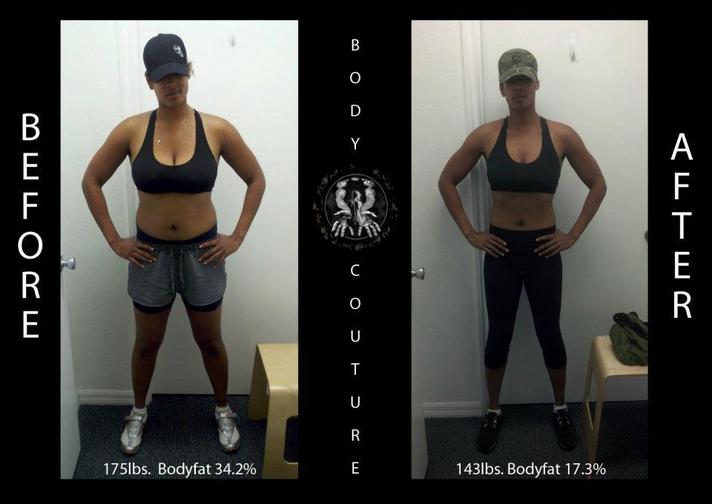 My name is Vanessa Graddick and I am a stand up comedian living in Los Angeles Ca. All my life I have been roughly the same size….thick. Not too big, definitely not little but thick. Or as I like to call it “I have an athletic build.” Well this “build” has been fine for years. No matter how much I worked out or how much I would try to eat right, I could never manage to change my weight by more that 5 or so pounds. As an athlete I just figured that was my size and it was going to stick forever.

I started doing comedy and very quickly I had several tv opportunities including Comedy Centrals Live at Gotham, Byron Allen’s Comics Unleashed and Gossip Queens. I always thought I looked a littel bigger on tv but just attributed it to the ‘tv 10.” Then recently I appeared on Showtime’s all female comedy special Lip Service. I don’t know if it was the big screen or the poorly chosen black and white zebra print dress but I looked huge! I decided right then that something needed to be done.

I called my friend Thai Edwards, owner of Body Couture Personal Fitness (www.bodycouture.org), and we got to work. By adhering to his workout plan and watching what I ate I was able to lose roughly 30 pounds and have never felt better. Often times it is that last little bit of weight that is the hardest to lose, and I thought all hope was lost for me but it was not. If I can do it, anyone can!

I went from accepting being thick to having my weight loss serve as an inspiration to others. This Feb, my story will be featured in Muscle and Body Magazine. I’m extremely excited to share this story with the world. Especially for all the “medium” people that think they have to be trapped in their current body. Believe me…there is a mean, lean fit machine inside of all of us. I am living proof.

RELATED:   Weight Loss Before and After: Lauren Lost 85 Pounds With Diet And Exercise