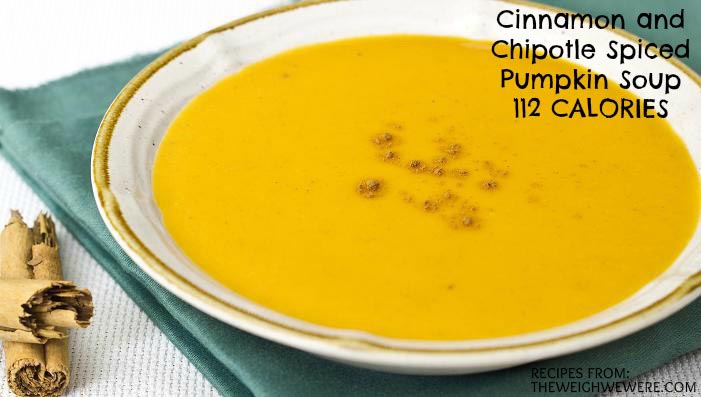 Warm and nourishing, this Fall soup is a great source of fiber and protein.

Place a large saucepan over medium heat. Add the oil followed by the onion and cook until browned, about 6 minutes. Add the chipotles, adobo sauce, cinnamon, pumpkin puree, salt, and pepper, then cook, stirring constantly, for an additional 3 minutes. Pour in the broth and bring the soup to a boil. Simmer the soup for 10 minutes to allow the flavors to marry.

Puree the soup in small batches in a blender, strain, and return to a clean saucepan over medium heat. Pour in the evaporated milk, season again with salt and pepper, garnish with a dash of cinnamon, and serve.