Can your smartphone help you exercise? 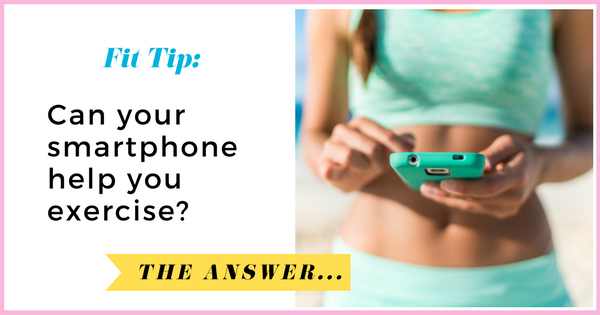 As the proliferation of smartphones and other mobile devices continues, healthcare professionals — and patients — see promising vehicles for the delivery of health-related interventions to large segments of the population. More than 50% of American adults own smartphones and half of those owners use their phones to search for health information. Approximately 50% of mobile subscribers use a fitness app.

In the current study, trained inspectors using a classification scheme of 93 specific BCTs examined each app to determine the presence or absence of each BCT. Overall, only 39 of 93 possible BCTs were found, with an average of 6.6 in each app. The most commonly observed techniques involved providing social support via online communities (e.g., Facebook, Twitter), information about others’ approval, instructions on how to perform a behavior, demonstrations of the behavior, and feedback on the behavior.

“Two types of apps emerged based on their BCT configuration, and those classes roughly paralleled those identified from an analysis of online descriptions of app features,” commented lead investigator David E. Conroy, PhD, professor in the Department of Preventive Medicine, Northwestern University Feinberg School of Medicine. “User inspection revealed the ubiquity of social network integration across the two classes of apps, and the emphasis on feedback for motivation (as compared to techniques such as goal setting). These findings reinforce the conclusion that all apps are not created equal, and prospective users should consider their individual needs when selecting an app to increase physical activity.”

According to Dr. Conroy and co-investigators, most apps use a limited set of BCTs, and developers have favored BCTs with a modest evidence base over others with more established evidence of efficacy. For example, social media integration for providing social support is more commonly integrated in apps than the more well-established BCT of active self-monitoring by users.

The lack of self-monitoring in physical activity apps might be an unintended consequence of the sophisticated sensing capabilities of mobile devices. With embedded accelerometers passively monitoring movement, the user has little incentive to participate and may lose the benefits gained from retrospection and active self-reporting.

Apps that increase physical activity levels are potentially valuable because insufficient physical activity is the second-leading preventable cause of death in the U.S., with links to heightened risk for major non-communicable diseases. “The information resulting from this study will be valuable for scientists and developers working cooperatively in the mobile health domain as well as physicians and other practitioners who seek low-cost interventions to increase their patients’ physical activity,” concluded Dr. Conroy.